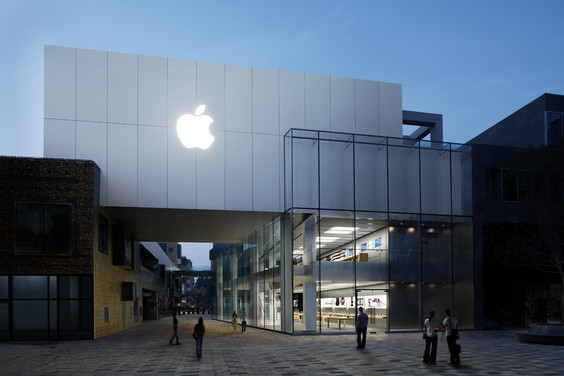 Apple has great plans for China: over the next two years the iPhone maker will open 25 new stores in the country, reports the Chinese web portal Sina.

Currently only 15 of Apple’s signature retail stores are located in its second biggest market. And, by the way, 15% of its revenue for the past quarter is coming from Greater China, according to the information released during the fourth-quarter earnings conference call.

Apple’s CEO remains in China for Friday, as well, to attend meetings at Beijing’s Tsinghua University as a member of the School of Economics and Management’s advisory council.

Great to meet talented people like Zhang Fan, who helps make iPhone 6 in Zhengzhou. An early highlight of this trip. pic.twitter.com/ALo5d3SiSZ

The first Apple retail store in China was opened seven years ago in Beijing. Since then, the number of stores reached 15 and in they can be found in major areas like Shenzen, Shanghai, and Chongging.