Patently Apple is reporting that Apple has been granted 27 new patents by the US Patent and Trademark Office which include a wide array of design wins for Apple TV, iOS layout for iPad, iPad packaging and a possible new icon. The most interesting of them all is the one that relates to cameras and more particularly to determining exposure settings for the image capturing iOS devices. 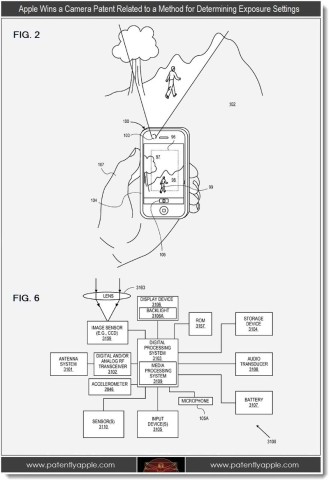 In an Apple patents figure, a portable handheld device is shown having a built-in digital camera and a touch sensitive screen while another figure shows an embodiment of a wireless image capturing device.

Apple has also been granted for another camera related patent titled “Electro-mechanical shutter control”, which was filed over a year ago. 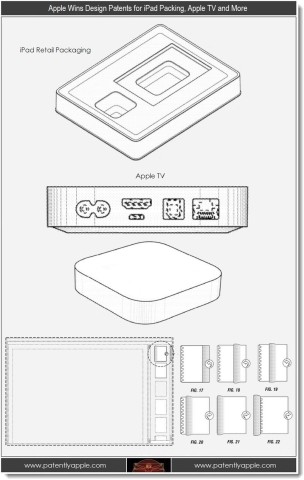