According to Robert Scoble, the former technology evangelist from Microsoft, and current entrepreneur in residence at Upload VR (he travels worldwide to study and report on business innovators), Apple is reportedly working with Germany’s Carl Zeiss AG to produce augmented reality optics.

The news, which is unconfirmed of course, was shared to Scoble by Zeiss employees from the latter’s booth at CES 2017. This is according to Scoble who relayed his findings on Facebook (via AppleInsider) this afternoon. 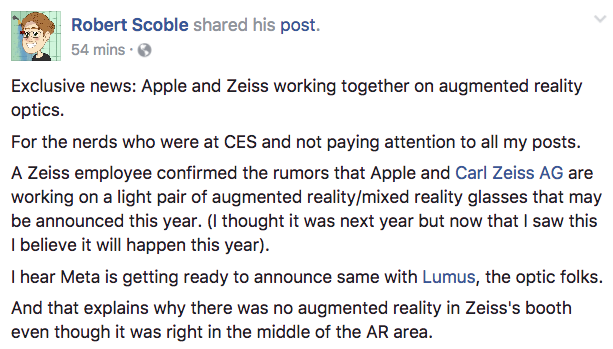 Another Scoble fan claimed the Zeiss booth informed him they were “in development with a lead customer but wouldn’t say who the customer was.” However, news that Apple was this customer leaked to Scoble, because as he describes it, “By joking around with them I got them to slip and confirm it is Apple.”

Scoble said there were zero product displays of Carl Zeiss mixed reality optics at the latter’s CES booth, despite being in the Augmented Reality area of the show floor. Scoble recalls he said “Tim Cook didn’t let you” to employees around him, who then “smiled nervously”.

It’s hard to fathom Zeiss employees would be foolish enough to leak such news to a random person visiting their booth at CES. Unless high level executives or engineers were operating these booths instead of PR or hired staff, I would doubt they would know of the company’s plans, especially if Apple was involved. 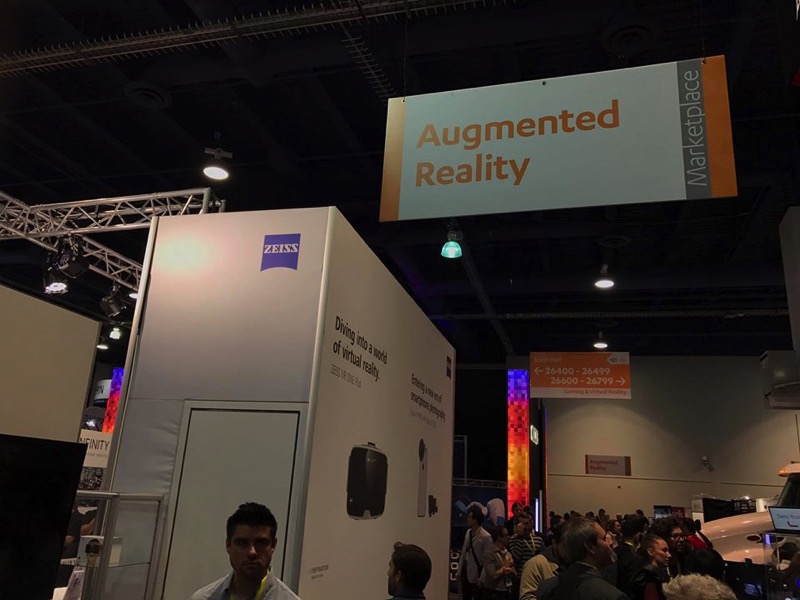 His full report on what he is hearing in the AR space is below:

For the nerds who were at CES and not paying attention to all my posts.

A Zeiss employee confirmed the rumors that Apple and Carl Zeiss AG are working on a light pair of augmented reality/mixed reality glasses that may be announced this year. (I thought it was next year but now that I saw this I believe it will happen this year).

I hear Meta is getting ready to announce same with Lumus, the optic folks.

And that explains why there was no augmented reality in Zeiss’s booth even though it was right in the middle of the AR area.

Apple CEO Tim Cook has repeatedly told the press in interviews Apple prefers augmented reality instead of the current virtual reality trend. Cook told ABC News AR “gives the capability for both of us to sit and be very present, talking to each other, but also have other things — visually — for both of us to see. Maybe it’s something we’re talking about, maybe it’s someone else here who’s not here present but who can be made to appear to be present.”

If Apple is going to release some sort of AR or VR headset, expect them to take their time to release it, and make sure it’s done right (like their AirPods).