If you enjoy AppleCare+, it’s going to cost you a bit more for the iPhone 6s and iPhone 6s Plus. Apple’s online store lists the new extended warranty service priced at $169 CAD for the new models, while for iPhone 6 and older models it’s $129: 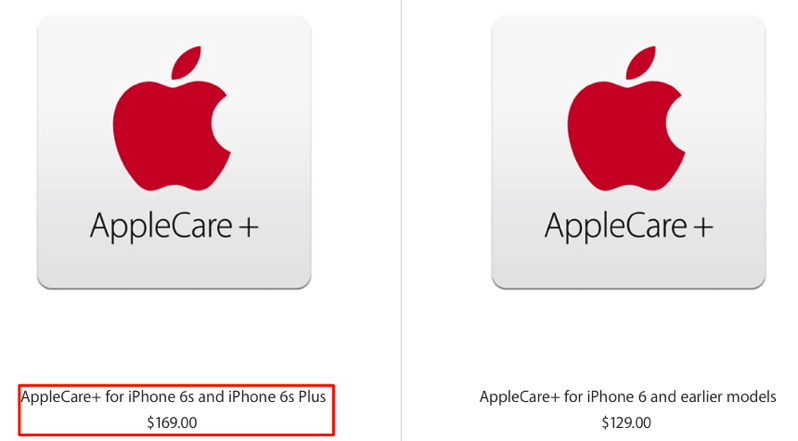 The price increases don’t stop there, as incidental coverage costs will be $129 for the iPhone 6s or iPhone 6s Plus, and $79 for an iPhone 6 or earlier: 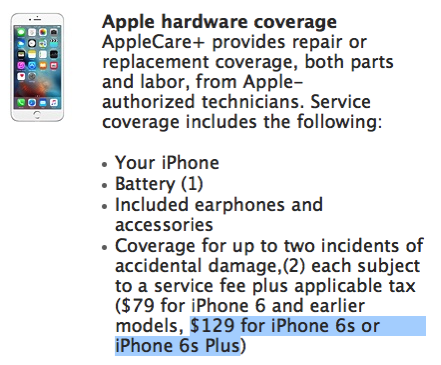 Let’s say you used one accidental damage incident—that alone would already cost you $298 in AppleCare+ costs. Note to self: do not drop my $1,000+ iPhone 6s or iPhone 6s Plus in the toilet.

The Canadian dollar is trading lower than US dollar (it’s all about the Benjamins says Diddy) down south, which is one reason for the disparity in prices compared to before. However, $129 USD works out to $171.57 CAD at today’s exchange rate, so Apple Canada’s prices aren’t that far off.

Are you going to be jumping on AppleCare+ for your iPhone 6s?