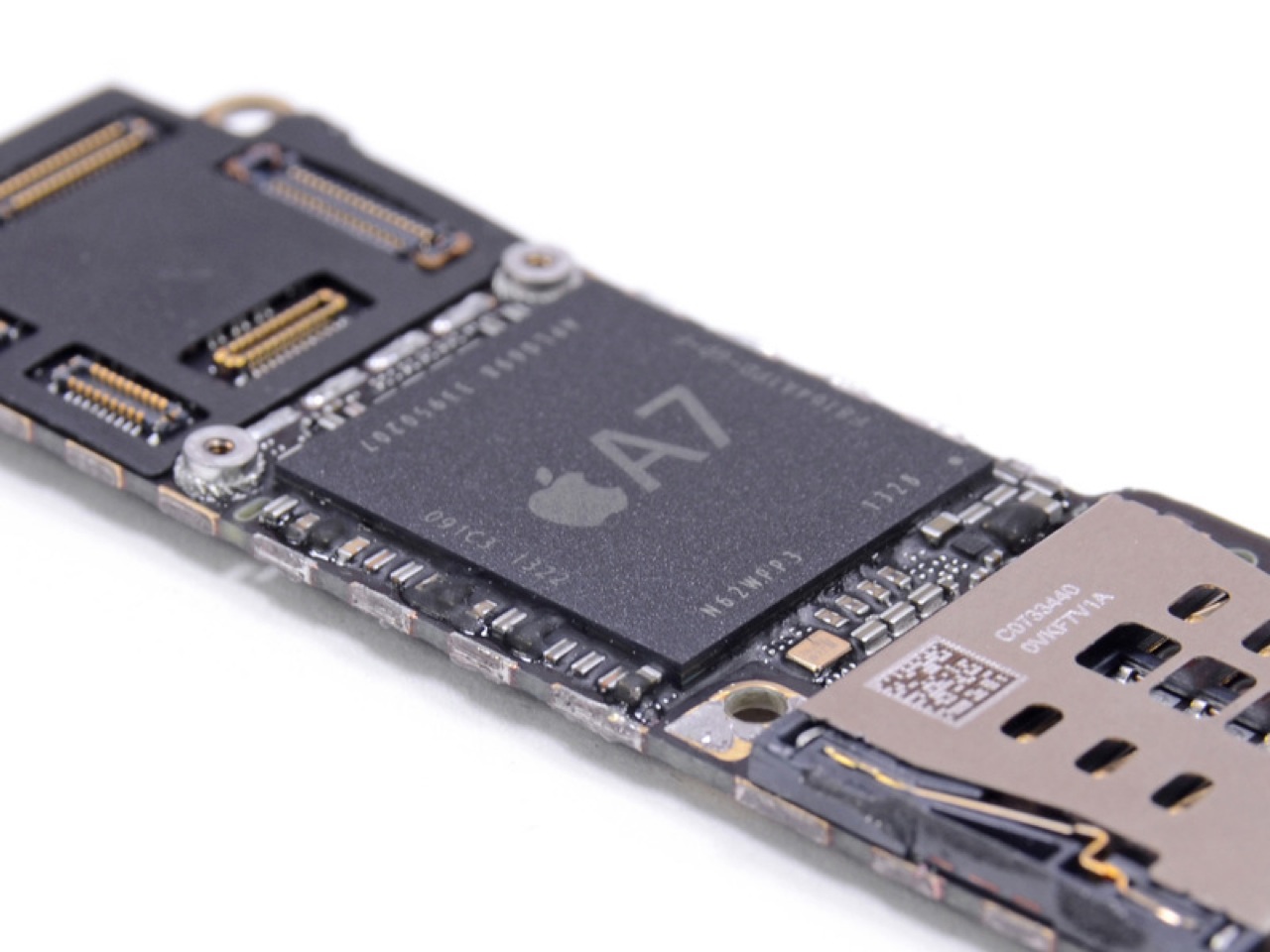 An annotated image below shows two sections on the chip, the CPU and GPU. In yellow appear to be the two Cyclone CPU cores. If those are indeed the CPU cores, the layout seems to be different than what we saw last year in the A6 chip. In blue, appears to be the GPU, a 4-cluster of PowerVR G6430 from IMG. 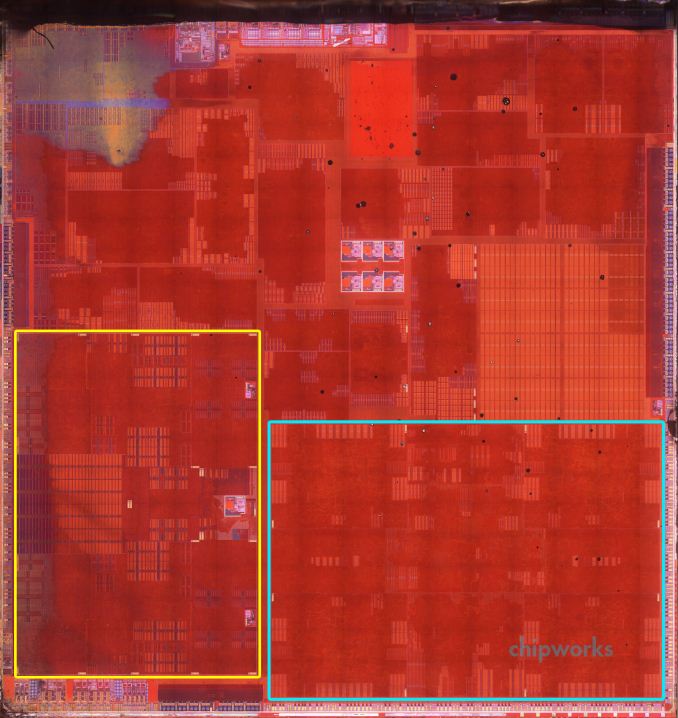 A7 chip annotated by AnandTech 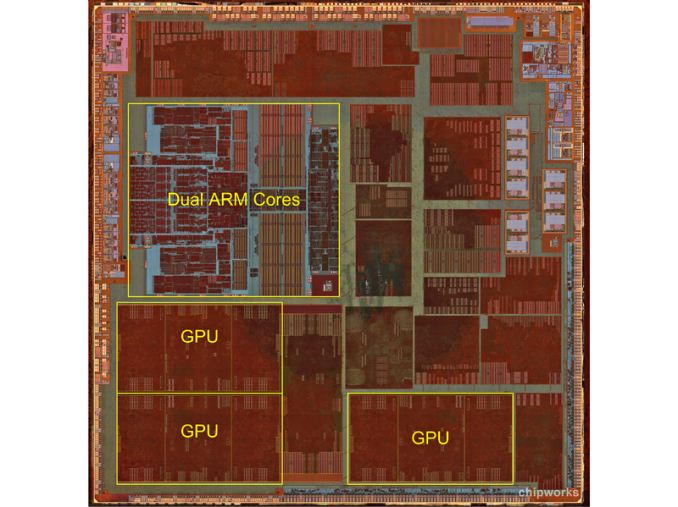 A6 chip annotated by Chipworks

AnandTech suspects that the two annotated sections in the image above are the CPU and GPU of the A7. All of this is just an educated guess and the annotations were not provided by Chipworks or made official by Apple. 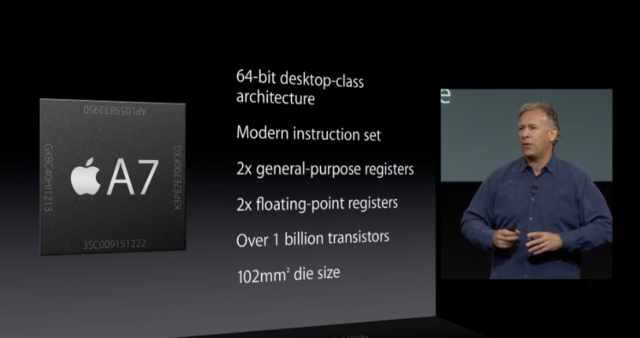 Apple has already confirmed the die size of the chip to be 102mm2. Also, mentioned in the keynote was a rough transistor count of over one billion. Below we have a comparison from Geekbench, courtesy of Kevin (Twitter : @KevinCalgary), showing the performance difference between the iPhone 5 and iPhone 5S (higher score is better). 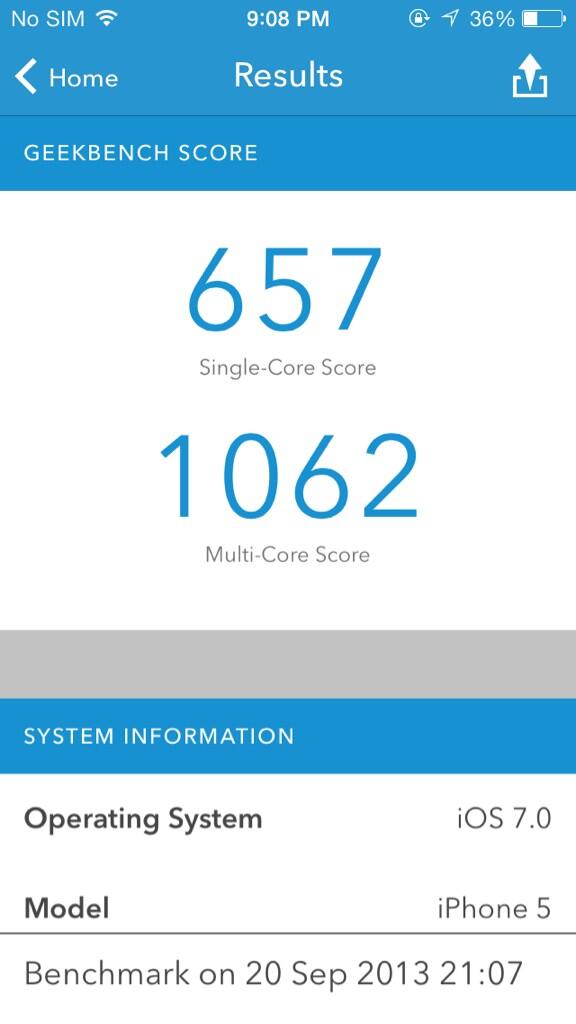 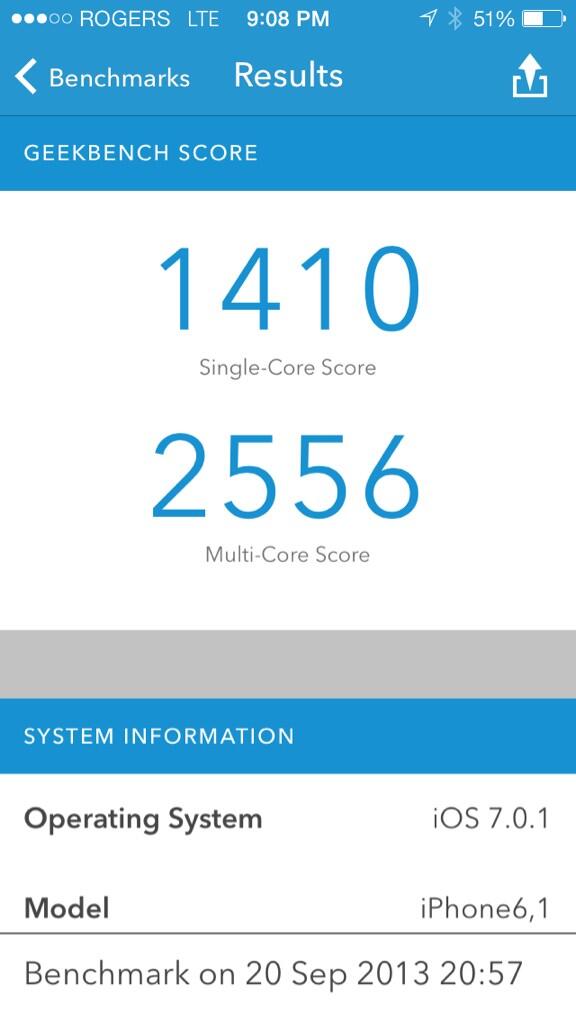