Apple’s Beats Flex Price Increases to $89 in Canada, But Amazon Has Them for $61 on Sale 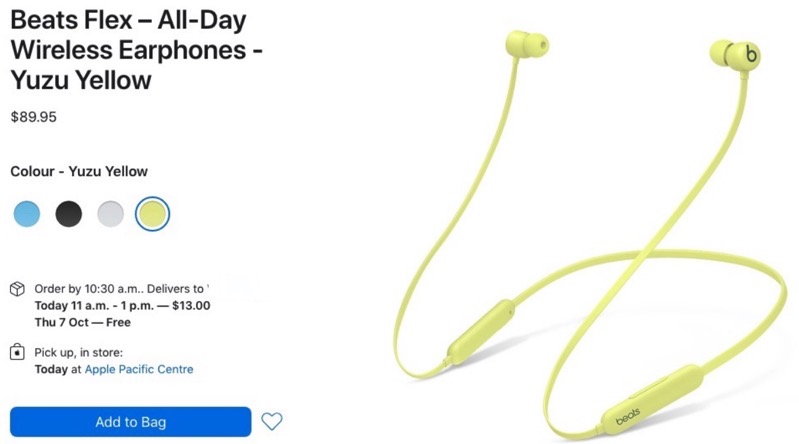 But earlier this week, Apple quietly increased the price of Beats Flex, as spotted by MacMagazine (via 9to5Mac).

The price jumped $20 in the USA and Canada, now priced at $89.95 CAD on Apple.ca. It’s unknown why the price has jumped, but some have speculated it could be related to supply and demand when it comes to Apple’s supply chain.

Beats Flex come with up to 12 hours of listening time and are powered by Apple’s W1 chip, for easy pairing with all your iCloud devices.

If you were looking to buy a set of Beats Flex at its original price, you can still do so on Amazon.ca at $69.95. Heck, the blue version of Beats Flex is on sale for $61.04 on Amazon right now, while black and yellow are at $69.95. That’s a decent price, especially if you were planning on picking up these earphones and don’t want to pay the new price jump.

Click here to buy Beats Flex on Amazon.ca before the price increases.