Following yesterday’s announcement of immense 2012 Q2 earnings, Apple’s shares (AAPL) are trading up more than $50 today almost hitting the $610 mark. In response to yesterday’s blowout earnings report, which easily topped most analysts’ estimates, the 9% jump in Apple stock has been recorded as the biggest one-day percentage gain since November 2008, as noted by Reuters. Looking at the ongoing buying frenzy in Wall Street, some believe that the next stop for AAPL is $700. 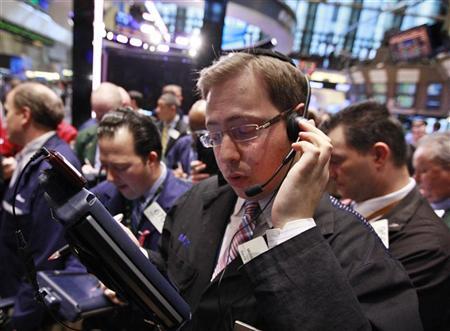 Apple’s stock dominates major equity indexes because of its weighting. The stock has recently sold off, partly on fears that earnings could disappoint. Wednesday’s rally in Apple shares helped the Nasdaq climb 2 percent and could propel the market back to 2012 highs hit earlier this month.

“Apple is the largest company in the world, so it is going to drag the market wherever it goes. The results there were great, but the number of Apple products sold doesn’t give any indication into the fundamentals of the economy,” said Phil Silverman, managing partner at Kingsview Capital in New York.