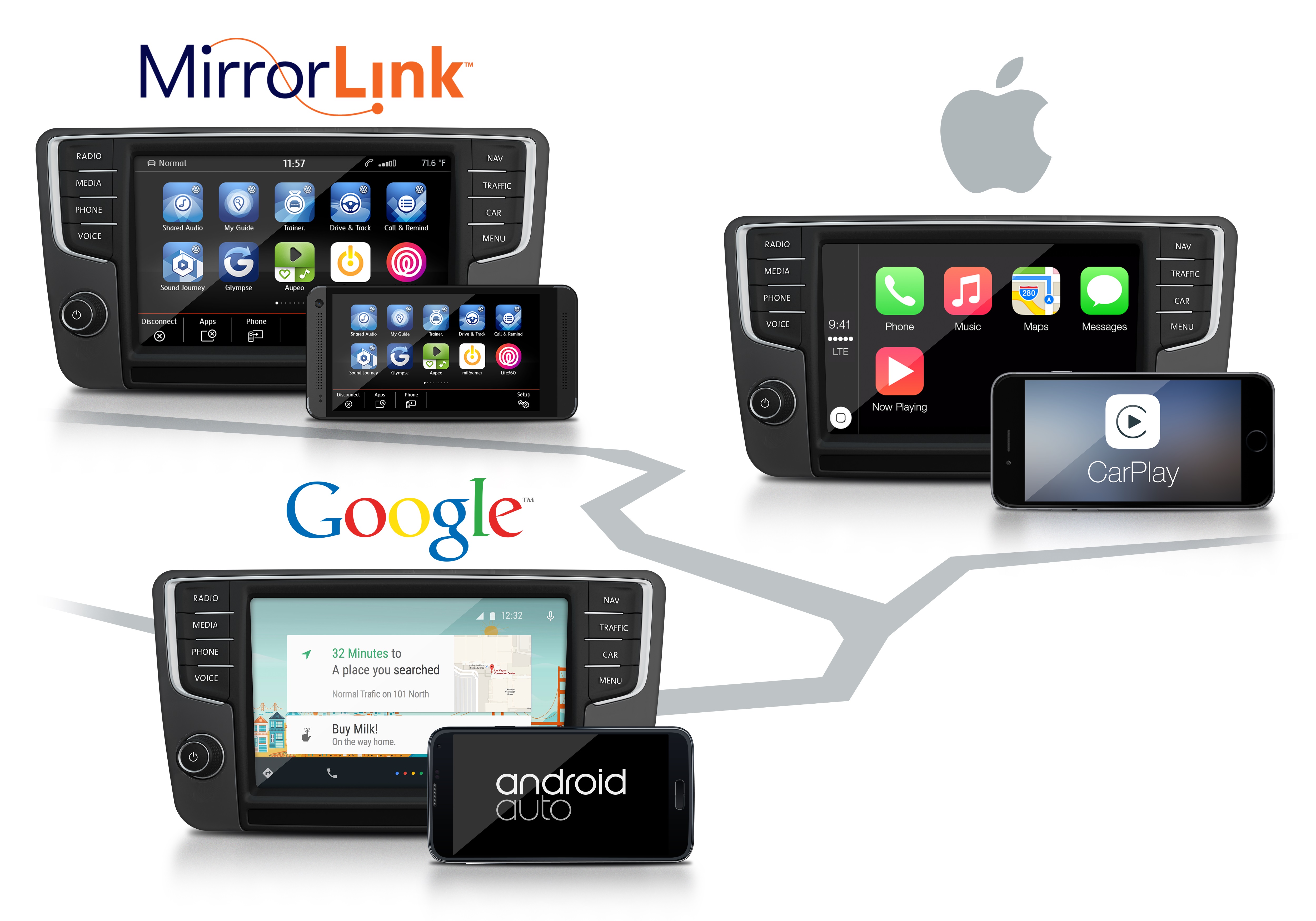 Volkswagen was not included in Apple’s first list of partners when the Cupertino-based company announced CarPlay. However, the CarPlay integration with Volkswagen’s select car models shows that the German manufacturer may have been waiting for all of these platforms to be announced before committing to Apple’s solution.

“It has now been eight years, to the month, since Apple® introduced its first generation iPhone in San Francisco. Smartphones have irreversibly changed our everyday lives, from the ways we communicate to how we access information. It has long been normal practice to have phones automatically connected to a car’s hands-free telephone system via Bluetooth and to have smartphones stream media libraries into car infotainment and sound systems. But now, Volkswagen is taking a significant step forward.

Later this year, VW will introduce the second generation “modular infotainment platform” (MIB II) in the United States. Along with the new infotainment system, MirrorLink™ will also be made available for the first time, integrating the apps and operating layout of numerous smartphones (including Samsung, HTC, LG and Sony) into cars. When MirrorLink™ is introduced, two other interfaces will also be launched under the App-Connect label: CarPlay™ (Apple®) and Android Auto™ (Google®). Simultaneously, VW will also launch CarPlay™ and Android Auto™ in the European market.”