Icycle: On Thin Ice by Chillingo is Apple’s free app of the week. The game normally retails for $2.99 and is free for this week only.

The app brings games and art together into one masterfully crafted and visually stunning game. Play as the cold hero Dennis, and pedal, jump and glide through each beautiful but deadly post-apocalyptic frozen wonderland. 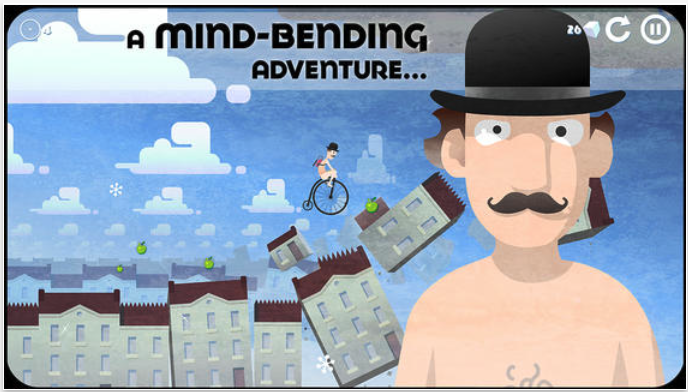 Help Dennis find love in an icy world that’s not as frozen as it first seems. Ride through collapsing cities and fairgrounds, hop over dormant battlefields and explosive wedding cakes, float down dark ravines, through hostile shopping centres and over a skyline of legs, while poor Dennis is teased and taunted to the fringe of despair.

• Breathtaking worlds that are as beautiful as they are dangerous

• Unlock a wardrobe full of garments to dress and humiliate Dennis 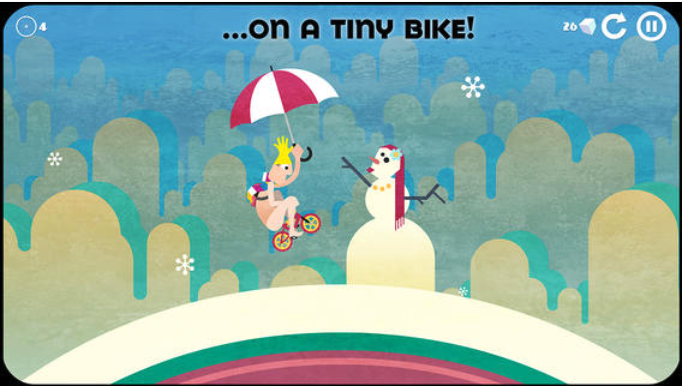 Icycle: On Thin Ice is available as a free download (normally $2.99) from the App Store. The game requires any iOS device running iOS 6.1 or later, and it has been optimized for the iPhone 5. The game contains in-app purchases that range from $0.99 to $19.99.