A new inductive charging invention by Apple has been revealed today in a patent application published by the U.S. Patent & Trademark Office (USPTO). According to PatentlyApple, the patent relates to inductive power transmission and more specifically to “tessellated inductive power transmission coil configurations”, capable of charging multiple devices utilizing complex areas. While a number of previous Apple filings have also detailed wireless charging systems, it remains to be seen when the company will finally bring such a product to the market. 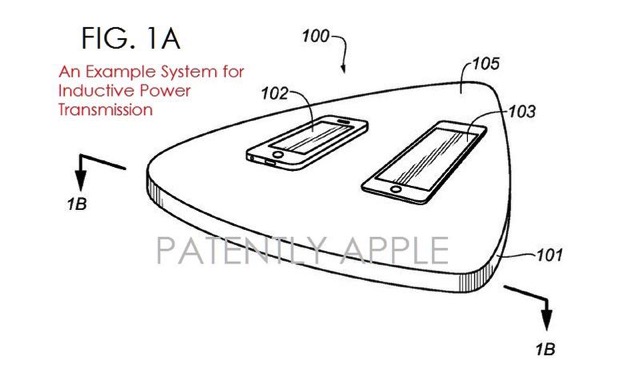 Multiple of the triangular coil elements may be operable to inductively transmit and/or receive power cooperatively”.