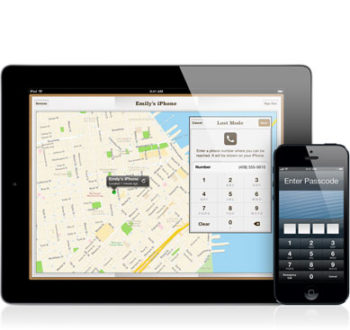 Apple has updated their iOS feature page to highlight security features of iOS (as noted by Apple Bitch) with the following addition under the subsection ‘Safety and security by design’:

“Low-level hardware and firmware features are designed to protect against malware and viruses, while high-level OS features help to secure access to personal information and corporate data”.

As for the security a passcode lock provides, this section was added:

“You can set a passcode lock to prevent unauthorized access to your device and configure it to delete all your data after too many unsuccessful passcode attempts. This passcode also automatically encrypts and protects your stored email as well as allows third-party apps to encrypt their stored data. iOS supports encrypted network communication that apps can use to protect your sensitive information during transmission”

There is also mention of Find my iPhone, a security feature that allows remote tracking and wiping of your iOS device. It was used recently to track and retrieve a B.C. woman’s lost iPhone in England during her European vacation.

Jailbroken iPhones were susceptible to having passcodes bypassed, as demonstrated back by a Swedish security firm in March of this year. Everyone should have a passcode set on their iPhone, as it’s the first line of protecting your info should your device be lost or stolen. Here are the top 10 passcodes you should avoid using.

Here are Apple’s tips on setting up a passcode:

Do you have a passcode set on your iPhone?