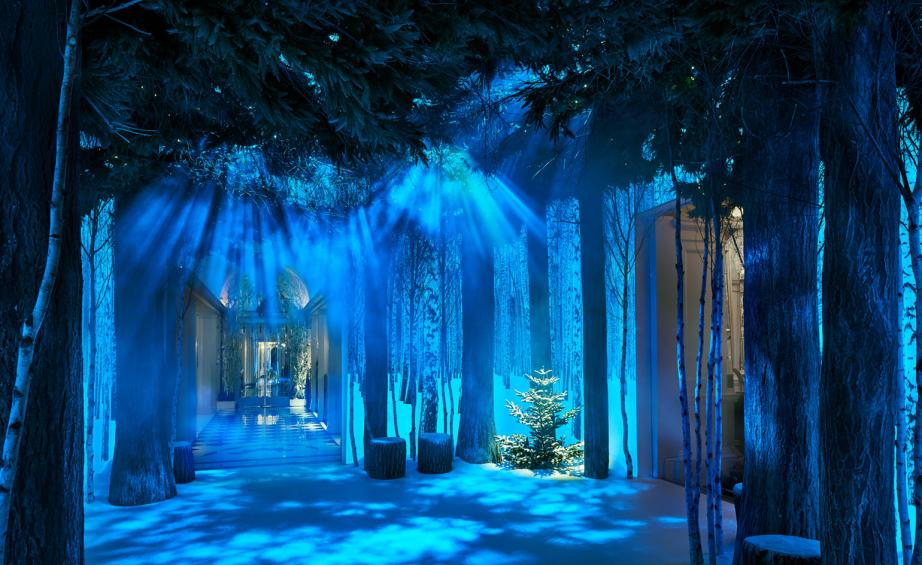 On Saturday, Apple’s Chief Design Officer Jony Ive and his long-time friend Marc Newson unveiled their interpretation of Claridge’s Christmas tree in London. This installation, which is literally a small grove of completely bare fir trees, once again proves that the pair of industrial designers

This installation, which is literally a small grove of completely bare fir trees, once again proves that the pair of industrial designers are masters of their work.

Clairdge’s Christmas tree installation is something of a tradition in London and for many marks the start of the holiday season. Every year the swanky hotel commissions a world-renowned designer to reimagine the festive arboreal symbol in their own style. Last year it was Christopher Bailey from Burberry, and before that Claridge’s called on Dolce & Gabbana.

In a statement, Ive and Newson said:

“Our aim was to create an all-enveloping magical experience that celebrates our enormous respect for tradition while recognizing our excitement about the future and things to come. There are few things more pure and beautiful than nature, so that was our starting point, layering various iterations of organic forms with technology.”

What do you think of Ive and Newson’s latest design, which comes just in time for the holiday season? Let us know in the comments below.