Apple has released a new ad for the holiday season, and it reminds us to keep our hearts open to everyone during this holiday season. 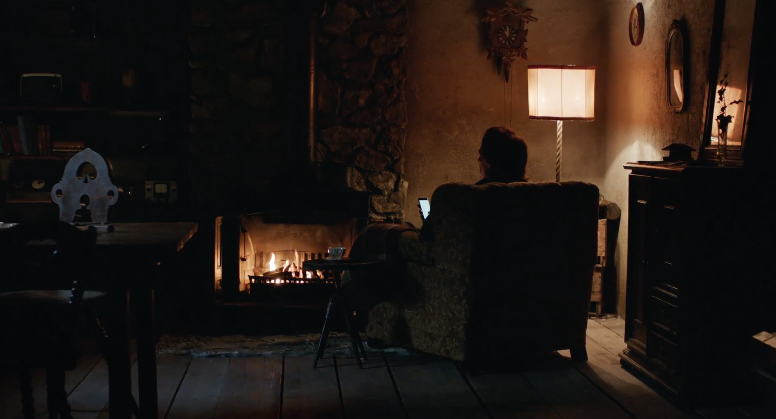 The ad, called “Frankie’s Holiday,” features the famous monster Frankenstein as he leaves his isolated home to share the holiday spirit with the wary people of the neighbouring village using the classic seasonal song “Home for the Holidays,” some festive lights, and a large Christmas tree.

While he initially shocks the large group of people in the town, a young girl urges Frankenstein to come forward, and everyone joins along in singing with him.

The text at the end of the advertisement, which runs two minutes long, reads “Open Your Heart To Everyone.”

You get to see the iPhone 7 in action for a brief few moments, along with Voice Memos — an admittedly strange pick to showcase in a long holiday ad.

The company’s ad is intended to deliver a message of unity at a time when the the United States and the rest of the world are experiencing disunity. And its apparent aim is to repair some of those broken bonds.

This ad actually has the same director as Apple’s “Misunderstood” holiday ad from 2013, for which the company won an Emmy Award for Outstanding Commercial.

Check out the ad below.

Apple Vice President of Marketing Tor Myhren, spoke to Fast Company about the ad, explained how this ad ties back into the company’s overall brand strategy:

If you look at what Apple has done historically over the past few years, it really is continuing in that tradition. It’s been a very successful tradition, so it’s a if-it-ain’t-broke-don’t-fix-it type of thing. We do look at this time of year as a time to put out a message larger than product. It doesn’t really reflect my take on things at all, it’s just something Apple does and I’m hoping it fits in with that long line of great holiday spots.

According to a report by Semafor, Microsoft's Bing search engine will incorporate a faster, richer version of ChatGPT called 'GPT-4' into its product in the coming weeks. Citing people familiar with the matter, the source says the latest update of ChatGPT software responds much faster than the current version. The sources also say that GPT-4 offers replies...
Usman Qureshi
8 mins ago

Popular note-taking app Notability has just introduced a new Pencil feature, bringing the most paper-like sketching experience to digital notetakers. This marks the app’s first time releasing a tool that enables users to style their ink strokes, add texture, and change colours after writing without any pixelation. The Pencil tool makes drawing in Notability feel just...
Usman Qureshi
27 mins ago

SaskTel and Stafford Communications are partnering to bring more advanced broadband solutions and faster internet to rural parts of Saskatchewan. Part of the Rural Broadband Partnership Program (RBPP), Stafford Communications plans to expand its network and begin delivering internet speeds of up to 100 Mbps under this collaboration to: Crystal Springs Jumping Lake Struthers Lake Tarnopol...
Usman Qureshi
49 mins ago