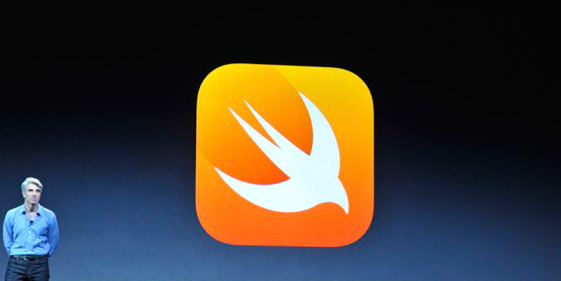 In addition to announcing updates to iOS and OS X at the WWDC 2014 keynote earlier today, Apple also revealed a new streamlined programming language called ‘Swift’, which got the biggest crowd reaction from 6,000 Apple developers gathered at the Marscone Center.

Apple has used Objective-C as its programming language of choice for over twenty years now, but today, it has brought something new to its yearly developer conference. Swift, a new language of Apple’s own making, will allow developers to interchange between languages in the same project. Developers will be able to create new games without worrying about Objective-C cruft that has built up over the last many years. Developers can start submitting apps written in Swift from day one of iOS 8’s and Yosemite’s public release.

“Swift is a powerful new programming language for iOS and OS X that makes it easier than ever for developers to create incredible apps. Designed for Cocoa and Cocoa Touch, Swift combines the performance and efficiency of compiled languages with the simplicity and interactivity of popular scripting languages. By design, Swift helps developers write safer and more reliable code by eliminating entire categories of common programming errors, and coexists with Objective-C code, so developers can easily integrate Swift into their existing apps. Xcode Playgrounds make writing Swift code incredibly interactive by instantly displaying the output of Swift code.”

Apple also introduced HomeKit today, an interface that allows the phone to connect to Internet-enabled devices in the home, such as garage doors, coffee machines and alarm systems.