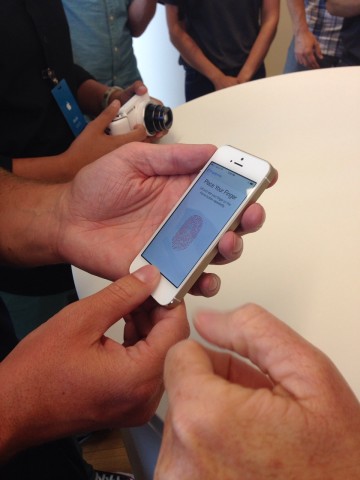 Apple today unveiled the colourful iPhone 5C and and iPhone 5S with a built-in fingerprint scanner branded as Touch ID. But the company wasn’t the only one prepared for this special event that generates a huge volume of “Apple” tweets. Its rivals were even more prepared.

It appears that all major players in the smartphone industry bought Twitter ads that showed up at when a Twitter user searched for “Apple” or “iPhones” terms. While I am guessing that there is no need to mention some names, here are the rivals that invested the iPhone event to benefit from it: Nokia UK, Samsung, LG, and Microsoft’s Windows Phone.

You shouldn’t have to touch your phone to make it work. That’s just lazy. #LazyPhone http://t.co/ckuu7otnJM

Screen sizes, speed, and stunning snapshots. Those are our 5 S’s. See why it’s #timetoswitch to #WindowsPhonehttp://t.co/bMMiS3mv7S