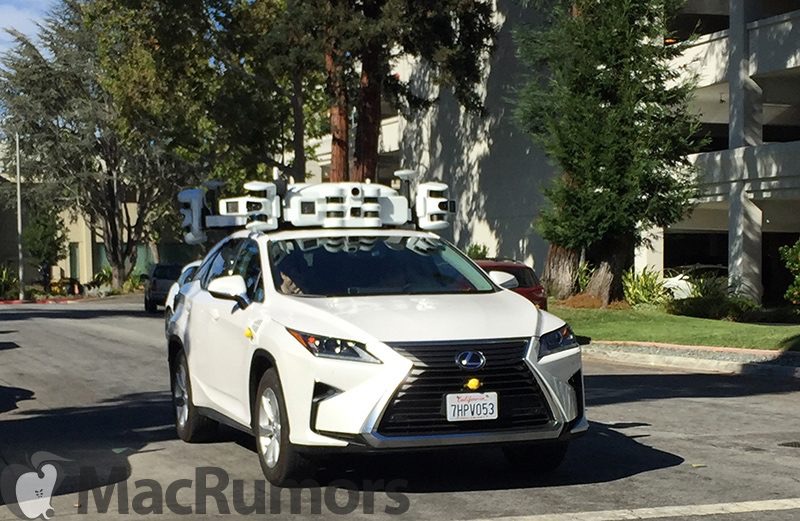 Apple is using a fleet of Lexus RX450h SUVs to test its autonomous driving software. The SUV looks pretty pretty much like similar test cars used by other self-driving companies, like Google’s Waymo.

A MacRumors reader was able to capture photos of Apple’s Lexus SUV with a new LIDAR setup. The SUV was spotted near Apple’s Sunnyvale office, which is where the company is conducting all of its “Project Titan” research.

This vehicle has a different arrangement of camera and sensors than the ones we saw on top of the vehicle photos published in April. Prior vehicles also seemed to be the older 2015 Lexus RX450h models, while the image above seems to depict a newer 2016 or 2017 model with a new design. 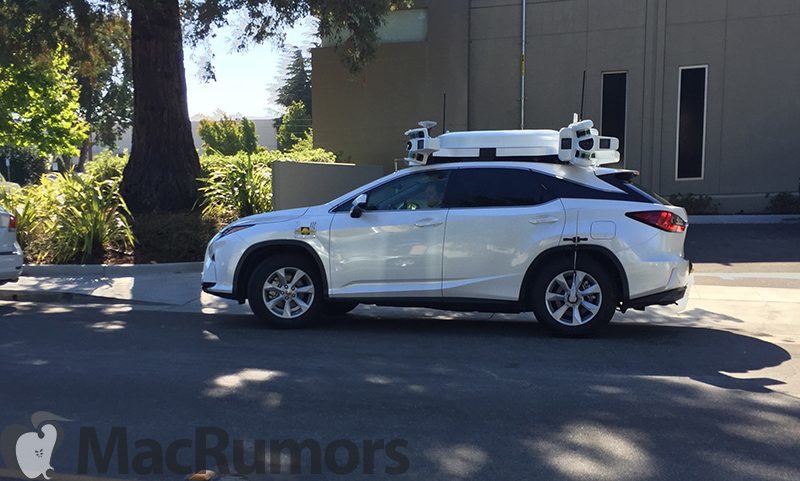 The new setup shows two main LIDAR systems at the front and back of the vehicle, with an additional four camera around the sides of the car. LIDAR uses an array of lasers to automatically detect and map its surroundings. Used in correlation with signals from the GPS sensor, the car is able to orient itself relevant to its environment.

Under the leadership of Bob’s Mansfield, the company is now working on its autonomous driving platform.