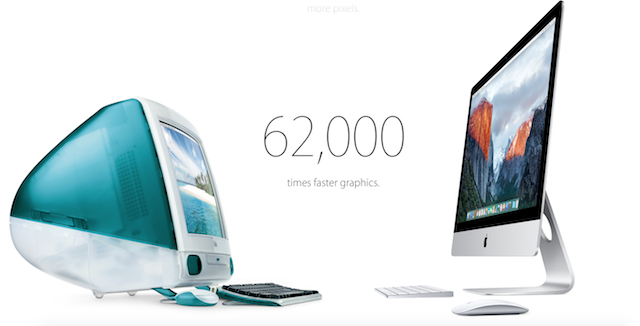 A new page posted by Apple on its website titled “Then and Now” compares the original 1998 iMac with the newly announced 2015 iMac models, highlighting how far the product has come since its debut. The page shows how the 2015 iMac can display 14 million more pixels than the original iMac, with graphics running 62,000 times faster, 366 times more processing speed, 1,000 times more RAM, and 750 times the storage capacity. The page however does not mention the exact system specifications used for comparison. 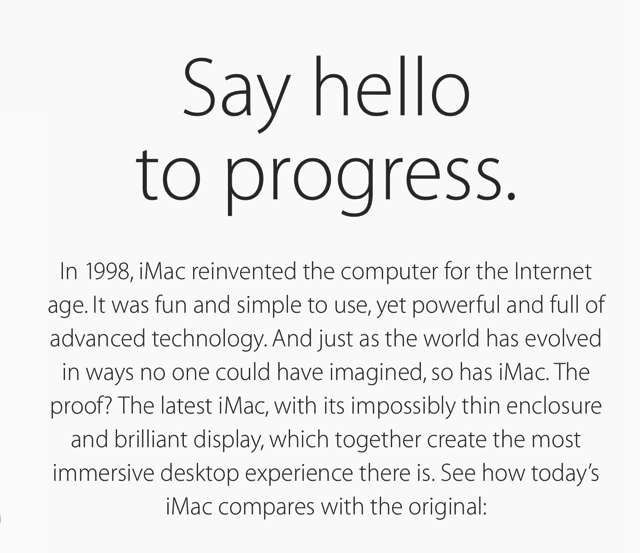 To find out more about the new 2015 iMacs with 4K Retina display, click here.