Ubisoft has filed a lawsuit against Apple and Google for what it says is a “near carbon copy” of Tom Clancy’s Rainbow Six: Siege currently being sold for iOS and Android smart devices. 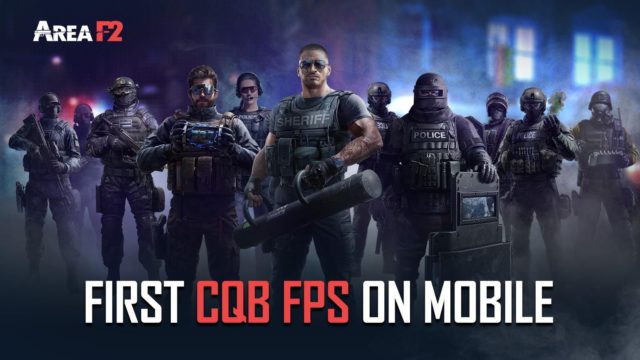 A new Engadget report explains that Ubisoft’s suit against Google and Apple concerns the game Area F2, a multiplayer shooter created by Chinese mega-corporation Alibaba and its website Ejoy. According to Ubisoft’s suit, the game allegedly copies Rainbow Six: Siege‘s user interface, including its final score screen and the operator selection screen.

Filing the complaint on Friday 15th May in Los Angeles, California, Ubisoft said it had notified Apple and Google that the mobile game is infringing upon the copyright of its tentpole shooter franchise, but says the companies have refused to remove the game from their respective digital marketplaces, the App Store and Google Play.

Area F2 — which went on sale last month — describes itself on its storefronts as “the first Close-Quarters Battle shooting game on mobile” and enables players to fight “over ultra-realistic environments as attacker and defender, playing as one of a wide selection of agents, each with [their own] special ability.” It also states that “all roofs and walls can be reinforced or destroyed, challenging players’ skills and tactics as every wall may become a potential entry point.”

Rainbow Six: Siege is no small game for Ubisoft. It harbors 55 million registered players around the world and more than 3 million daily active players. Moreover, this game is also played in esports competitions, where professional seasoned players and their teams take each other on in tournaments to win huge cash prizes worth millions of dollars.

“R6S is among the most popular competitive multiplayer games in the world, and is among Ubisoft’s most valuable intellectual properties,” Ubisoft said. “Virtually every aspect of AF2 is copied from R6S, from the operator selection screen to the final scoring screen, and everything in between.”

Ubisoft explains in their complaint that Rainbow Six: Siege is one of their most “valuable intellectual properties” and they believe Area F2 is built to “piggyback” on their popular game.

“Ubisoft and our teams have poured years of talent, creativity and resources into making Rainbow Six: Siege the success that it is today,” reads a statement from the company. “While we are not able to comment on pending litigation, we can confirm that Ubisoft is committed to protecting its intellectual property.”