While Apple CEO Tim Cook was “thrilled to report” Apple’s biggest quarter ever in terms of both revenue and earnings on his last earnings call, sources inside Apple’s Asian supply chain seem to paint a much gloomier picture. While the iPhone maker is doing well financially, thanks to the $1,000 iPhone X, it is actually selling fewer phones than before (via Business Insider). 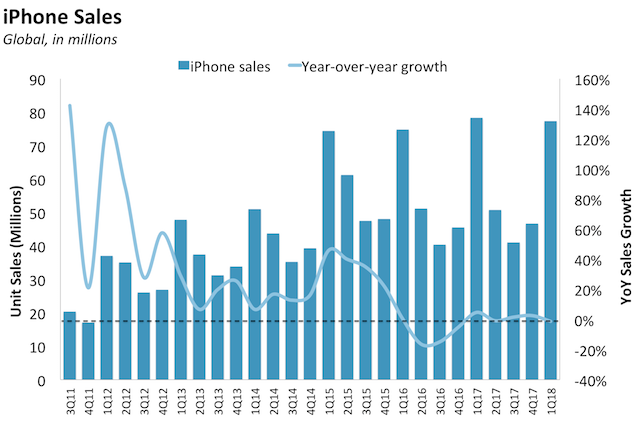 According to Longbow Research analysts Shawn Harrison and Gausia Chowdhury, Apple’s suppliers believe the current trend of flat or declining iPhone sales is likely to continue for much of the rest of the year. “The iPhone X didn’t sell well during the holiday season,” one told the Longbow team. “We didn’t get as many 1Q orders as previously anticipated”.

Some of the suppliers said that the advantage of the extra money Apple was earning from the high-priced iPhone X would soon disappear. “The ASPs were high during 4Q because of the X, but ASPs will decrease during the March quarter”. Below are a few comments from some of Apple’s supply companies.

The analysts lowered their iPhone sales estimates to 219.4 million devices, up 1%, for fiscal Q2 with expectations of 6% growth.