ATB Financial (Alberta Treasury Branches, for those wondering) was one of the first Canadian banks to support Apple Pay, along with CIBC and RBC. The financial institution’s personal and business MasterCards now support the mobile wallet, and the bank has been proudly showcasing Apple Pay everywhere. When you’re one of the first supporters of Apple Pay in Canada, you have to flaunt it. 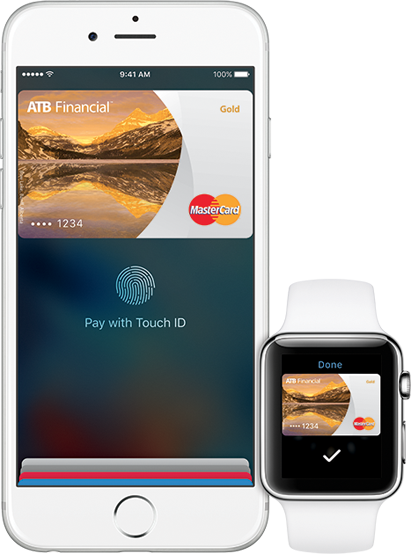 A cool 9-minute projection movie was recently made, in what the company is calling “a never-before-seen building projection,” outside ATB Place in Edmonton, earlier this week, starting at 10PM local time, on May 17th:

Viewers experienced Alberta in a thrilling nine-minute movie that transformed ATB Place into a shining 4K screen powered by 80,000 lumens of ATB’s love for this province. (For context, a good flashlight has 200 lumens.) We asked ourselves how best to introduce the people of Apple Pay to the people of Alberta. The answer came in 17 short stories.

The video is pretty cool, accompanied by a solid music score. Check it out below:

ATB says their debit cards will soon support Apple Pay, as they are “working on it.” The same ATB MasterCard can be added on up to nine devices.

[Related: Apple Pay FAQ; How to Check Out Faster with Apple Pay]