Rumour: Apple Pay in Canada to Expand to Visa, MasterCard Next Week

Last week the first Australian bank to support Apple Pay was ANZ, expanding the mobile wallet beyond American Express. It now appears the same could happen in Canada, if the news received by an anonymous tipster is credible. 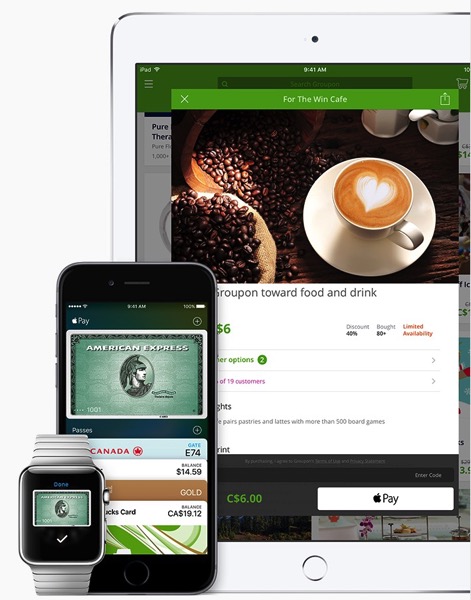 The word our little birdie is hearing is “Apple Pay Canada will be expanding to Visa and MasterCard by May 10, barring any unforeseen circumstances.” Back in February, MasterCard’s 2016 road map leaked and it noted Apple Pay support in Canada this year.

As for Canadian bank support, we’re told at least two of the ‘Big 5’ banks will support Apple Pay. As for when we’ll hear an announcement, our tipster claims Apple will mention something about the expansion this week, possibly as soon as the next 24-48 hours.

We’ve seen numerous clues emerge that suggest Apple Pay will be supported by Canadian banks, but the question is when:

Earlier today, we reported Canada’s credit unions plans to announce their own mobile wallet platform, which will not be Apple Pay.

Again, take this claim with a grain of salt—let’s wait and see what happens in the next week or so. When we first heard from readers ANZ was set to launch support for Apple Pay in Australia, many doubted the tip, including ourselves.

However, as we all know now, that turned out to be true. Let’s see if this one pans out or not. If you were to place bets, which of the big banks do you think will support Apple Pay first? Our hunches would be TD and CIBC, based on what we’ve seen so far.