Back in 2010 when AT&T was an exclusive carrier of iPhone in the U.S., the carrier reportedly asked Blackberry maker RIM to produce a capacitive touchscreen handset that could compete with Apple’s iPhone, according to The Wall Street Journal (via Apple Insider). It seems that AT&T was worried that the popularity of the iPhone could give Apple too much power, since the carrier was collaborating with Research In Motion to make the BlackBerry Torch. 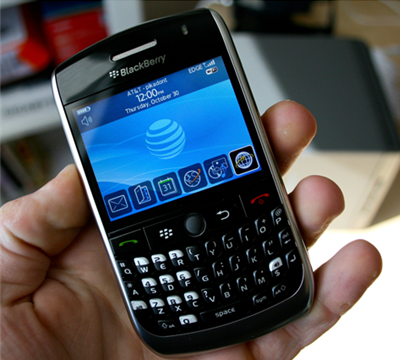 The report also points out that RIM’s sales division forecasted a coming shift in the smartphone market in 2010, according to which touch-only devices like Apple’s iPhone would become more popular than keyboard-driven handsets that BlackBerry was known for, but “the warning was ignored.”

AT&T and Verizon both reportedly turned to RIM because they were concerned about the “wild popularity of the iPhone.” Their goals in partnering with RIM were to prevent Apple from gaining “outsize influence in the market,” the report said.

The Journal’s report recalls RIM’s many missteps over the years in anticipation of the company’s earnings report set to be released later Thursday, in which it is expected to report a quarterly loss. Among the issues at RIM was what former executives called a “split personality in the executive suite” between former co-CEOs Mike Lazaridis and Jim Balsillie.

Lazaridis reportedly wanted to focus on launching a next-generation BlackBerry with a new operating system, while Balsillie wanted to turn the company around by licensing out some of RIM’s proprietary technologies. One report from April revealed Balsillie’s plans to use RIM’s network to offer inexpensive data plans and services to non-BlackBerry devices.

The RIM co-founders stepped down as chairmen and CEOs of the company are were replaced in January but the company’s fortunes have not improved so far. In fact, the company announced in May that it expects to report an operating loss for the first quarter of 2012.