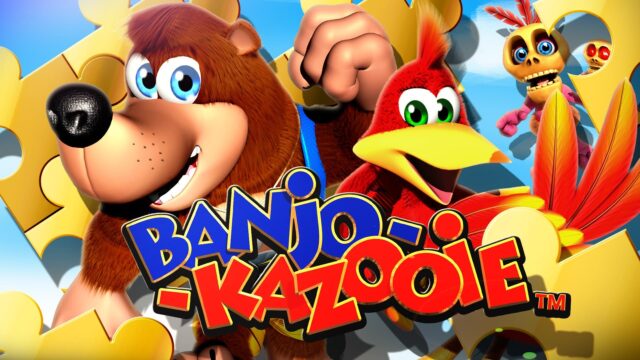 Starting today, Rare’s iconic 1998 3D platformer Banjo-Kazooie is available to play once more on Nintendo hardware. Those subscribed to Nintendo’s Switch Online + Expansion Pack will be able to dive in and defeat Gruntilda.

For those out of the loop, Nintendo’s official description of Banjo-Kazooie reads as followed:

It all starts when the wicked witch Gruntilda kidnaps Tooty, Banjo’s little sister, and Banjo and Kazooie set out to bring her back—venturing from Spiral Mountain, along the shark-infested coastline of Treasure Trove Cove, through the icy perils of Freezeezy Peak, and beyond. But with Kazooie spending most of her time inside Banjo’s backpack, they’re like two heroes in one! Though they may squabble from time to time, with the two of them working together, nothing can stand in their way. Now you can join them on this journey into a magical world of adventure!

Nintendo has been continuously adding to its Switch Online + Expansion Pack. Since its launch, the Expansion Pack has given access to other Nintendo 64 games like Super Mario 64 and The Legend of Zelda: Ocarina of Time. The addition of Banjo-Kazooie makes 11 core Nintendo 64 titles available as part of the subscription service.