A Stanford University research team paper recently published by the journal Science Advances, has revealed a unique type of lithium-ion battery that contains a fire-extinguishing material, which is released if the battery gets too hot, BBC News is reporting. Lithium-ion batteries power many devices but are a known fire hazard. These newly designed batteries contain flame retardant triphenyl phosphate (TPP) inside a shell within the electrolyte fluid. 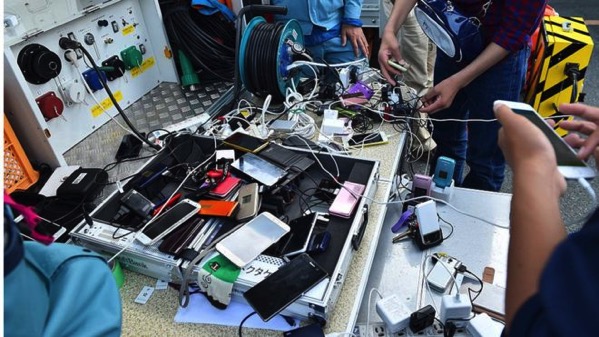 If a lithium-ion battery cell charges too quickly or a tiny manufacturing error slips through the net, it can result in a short circuit which can ultimately lead to fire. The source explains that when the temperature of these batteries reaches 150C (302F), the TTP shell melts releasing the chemical compound. Tests have shown that battery fires were extinguished in 0.4 seconds.

Battery technology has been slower to evolve than the many battery-powered devices that rely on it, said Ian Fogg, senior analyst at IHS,” There is enormous pressure to improve battery tech. It’s one of the areas that’s holding back mobile devices and a range of other products,” he told the BBC.”

Manufacturers have been balancing out consumer demand for longer-lived batteries, and more powerful devices with better graphics and larger more detailed displays, with the sophistication of battery tech.”It’s very difficult to push up the capacity of batteries and there is always a risk that a battery in any device could fail.”

With Samsung yet to release the results of its investigation into what caused its Galaxy Note 7 smartphones to catch fire last year, local reports have suggested it has found that the batteries were responsible.