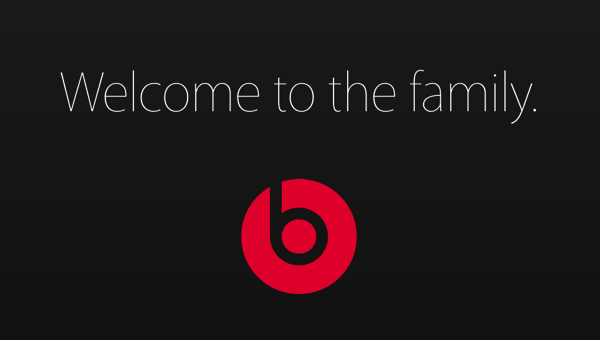 Apple is actively working to integrate Beats Music, which it acquired six months ago, into an as yet yet unnamed music streaming service. While the backend relies on Beats’ technologies, the front end will be designed by Apple to ensure a consistent look. This service won’t come free and, what’s more, Apple also plans to launch its very first Android app as well, which — you have guessed right — will be music-related.

Sources speaking with 9to5Mac’s Mark Gurman shared what sounds like the next chapter in Beats Music’s life. Corroborating earlier rumours, the transition isn’t entirely fluid, but the result will be a completely new paid music streaming service aiming to compete with Spotify and Rdio. This will come in the form of an updated Music app, which will most likely hit Apple TV as well.

Based heavily upon cloud streaming, Apple’s new service is centered around the user’s music library. A new search feature will be able to locate any song in the iTunes/Beats catalog, and users will be able to stream music from the catalog as well as add songs to their personal libraries. Users will be able to select specific tracks to store on their iOS devices and/or computers, or keep all songs solely in the cloud. Apple will also deeply integrate Beats Music’s Playlists, Activities, and Mixes features into the new service, letting users access a vast array of pre-made, human-curated playlists to fit various activities. Surprisingly, Apple is likely to also update Beats’ social networking features, allowing people to follow other users and artists as they did with the failed Ping social music network.

While the service awaits a new name, sources have whispered that the price tag will probably be less expensive than the current $9.99/month or $99.99/year pricing. Some claim it will cost about $7.99 per month, though you may recall that Google Music has raised its original $7.99 price tag to $9.99 to match its competitors. If Apple takes the cheaper route it will be welcomed by its customers, but you know Apple’s pricing strategy….

For the first time ever, our sources say Apple is working on an Android version of this Music app. Considering that Beats already has an Android app, this could make sense, and let’s not forget the market share Google’s mobile operating system maintains – and not just in the US, but worldwide.

As for the launch, the same sources claim the initial target was a March launch, but the WWDC 2015 seems like a “real possibility.”

Google announced an experimental conversational service based on artificial intelligence today, called Bard, confirming what was reported last week. The details of Bard look to compete against the rise of Open AI’s ChatGPT, with the latter’s inventor backed by a $10 billion investment from Microsoft. On Monday, Google CEO Sundar Pichai detailed more about its […]
Gary Ng
13 mins ago