The retail price of these headphones are $329.95 CAD from Apple and they rarely go on sale. But think again, because Chapters has them for 20% off both in-store and online at $263.96, saving you about $66. 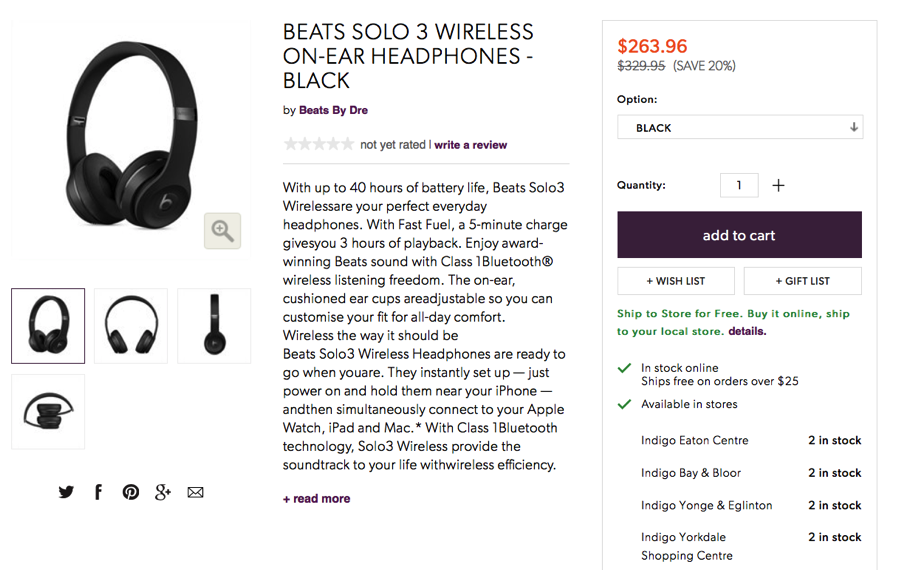 The Beats Solo 3 Wireless headphones—announced in early September—contain the same W1 chip found in Apple’s wireless AirPods, which are expected to debut soon, after being delayed by the company.

Rarely have we seen a new Apple product or accessory go on sale so quickly at 20% off, so if you’ve been thinking about, go get a pair. It’s worth noting all Beats headphones are on sale at Chapters, beyond this model.

A new 7-Eleven Canada convenience store has opened at Toronto Pearson International Airport, open 24/7 and located at Terminal 1 International Arrivals. According to the convenience store chain, this location is ready to serve customers that have just stepped off flights. “As a leading retailer, our goal at 7-Eleven Canada is to meet our customers […]
Gary Ng
34 mins ago

Apple will see a deficit of 15-20 million iPhone 14 Pro and iPhone 14 Pro units during the fourth quarter due to recent worker unrest and protests at supplier Foxconn's largest iPhone factory in China, according to information from TF International Securities analyst Ming-Chi Kuo (@mingchikuo). https://twitter.com/mingchikuo/status/1597624640712896512 Foxconn’s plant in Zhengzhou, which is often referred...
Nehal Malik
43 mins ago