Apple finally released their BeatsX wireless headphones, powered by the same W1 chip found in AirPods, earlier this month, after a lengthy delay. 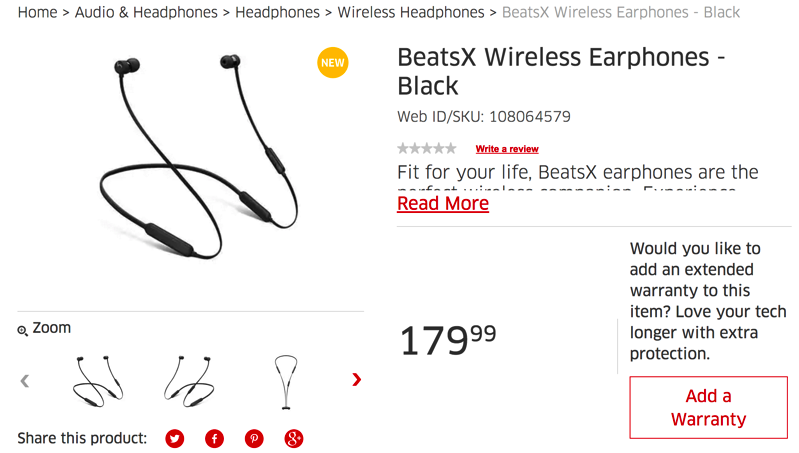 The wireless Bluetooth headphones have now made their way to The Source, which means those eligible for the Partner Savings Program (PSP), such as GoodLife members can save 20% off BeatsX. But it gets better, as users on RFD have noted the $25 off $100 email newsletter sign up coupon takes savings down even further.

Let us know if you’re going to jump on this—right now, only black and white BeatsX models are available.

Recently released iOS 16.3 has fixed an Apple Maps security bug that may have allowed some apps to collect user location data without permission, 9to5Mac reports. Last week, Apple released iOS 16.3 and iPadOS 16.3 with a bunch of new features including: Support for physical security keys as part of the two-factor authentication sign in...
Usman Qureshi
21 mins ago

Apple has launched MLS Season Pass globally on the Apple TV app, ahead of the 2023 season that kicks off on February 25, 2023. An MLS Season Pass will provide fans all MLS and Leagues Cup matches, plus hundreds of MLS NEXT Pro and MLS NEXT games as well. Apple says there’s some free on-demand […]
Gary Ng
46 mins ago

Anker has finally broken its silence on the eufy Security fiasco. eufy is Anker's privacy-centric smart home security brand, which landed in scalding hot water after its always-encrypted, local storage-only surveillance cameras were found to be streaming unencrypted live footage that could be accessed through a simple media player. Responding to many calls for answers...
Nehal Malik
48 mins ago