After surprising everyone this morning by launching AirPods in time for Christmas, Apple has updated their website to indicate BeatsX Earphones will be available in early 2017, noting “Coming February” as the timeline. 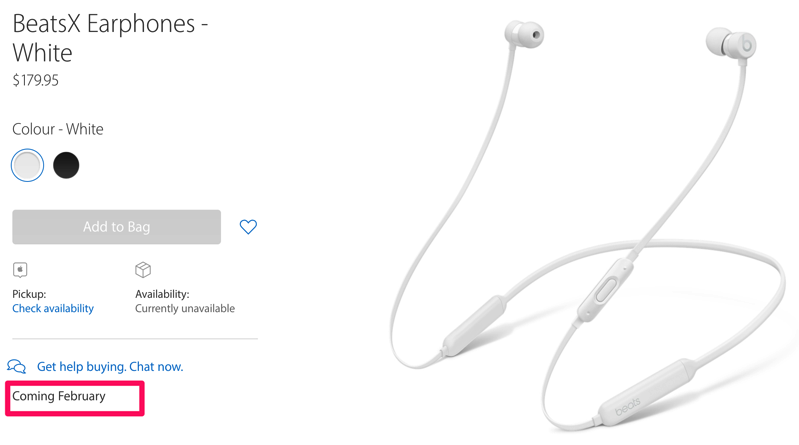 BeatsX Earphones will retail for $179.95 in Canada and come with 8 hours of battery life.

BeatsX, along with Beats Solo3 and Powerbeats3 headphones all support Apple’s new W1 chip (also in AirPods), which makes for easy pairing, fast charging and extended battery life, according to the company.