Bell Media: U.S. Networks Should Be Kicked Off Canadian Airwaves 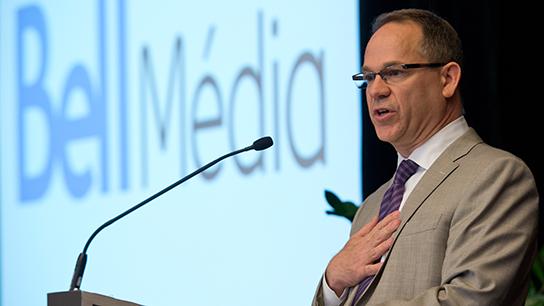 On Friday, the President of Bell Media Kevin Crull suggested that U.S. networks, like NBC, FOX, and CBS, should be taken off Canadian airwaves.

In a speech to a TV industry audience in Ottawa, Crull said that the business model for broadcasters is broken and unsustainable, blaming Hollywood’s direct intrusion on Canadian TV. Crull argued that the program rights bought by Canadian broadcasters are not protected well enough. He said:

“If we believe the Canadian broadcasting industry is important, and if we want private investment, we must have a supportive regulatory and public policy framework – enabling rather than undermining content creators. Unfortunately, I don’t believe we have that right now.”

Crull says that the main root of the problem lies in a decades-old practice that allows American over-the-air networks to be broadcast in Canada for free.

“Canada is the only country in the world that allows American networks to be retransmitted without restriction despite valid and exclusive copyrights held by domestic broadcasters.”

This draws complaints from viewers who want to see American ads. Canadian networks normally buy rights to all the most popular American shows because they draw big ratings. From this point of view Crull wonders why we are keeping the U.S. channels when Canadian stations are already rebroadcasting most of this content.

He claims that viewers will not be missing out on many of their favourite programs. In this scenario specialty networks like CNN and AMC would not be affected, however Bell would change the way it negotiated the costs of carrying those channels.

In his speech, Crull also called for measures to crack down on Canadians using different types of technology to watch the U.S. version of Netflix. For example, he says that we should overcome those rights that limits shows to a particular streaming service.

Apple reportedly wants an easy way for people to build augmented reality apps, that might even be assisted by the company’s Siri voice assistant, reports The Information. Unnamed sources say Apple plans to let Siri build an AR app when asked through its upcoming mixed-reality headset. These apps would then be able to submit to […]
Gary Ng
13 mins ago