There still might be hope for those who want Apple to offer discounts on Black Friday instead of gift cards like what happened earlier today in Australia.

Apple’s Black Friday sale has gone live in the UK and some other EU nations with discounts instead of gift cards, notes 9to5Mac. 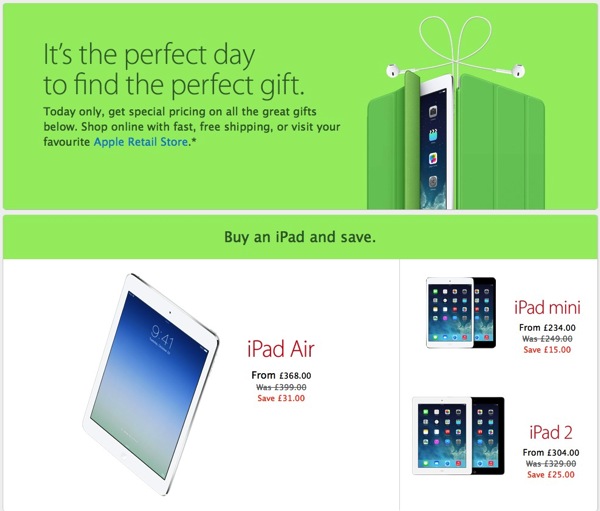 Here are the savings from the sale page we’ve converted from GBP into Canadian dollars for you—expect these to be rounded off for tomorrow’s Black Friday sale in Canada or in the same ballpark:

Comparing these to last year’s Black Friday sale in Canada, the savings are higher (last year MacBooks only had $101 off), if Apple sticks to a ballpark discount seen in these UK prices. 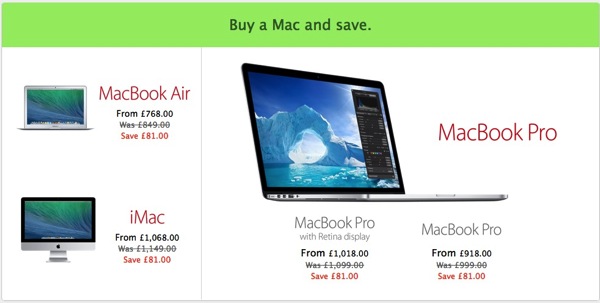