BlackBerry plans to move into the future with a new smartphone design that is square, as seen in their upcoming model known as the Passport. This 4.5-inch square screen is being touted by the company on their official blog to have screen advantages over Apple’s iPhone 5s (they actually pictured an iPhone 5 though?) and Samsung’s Galaxy S5. 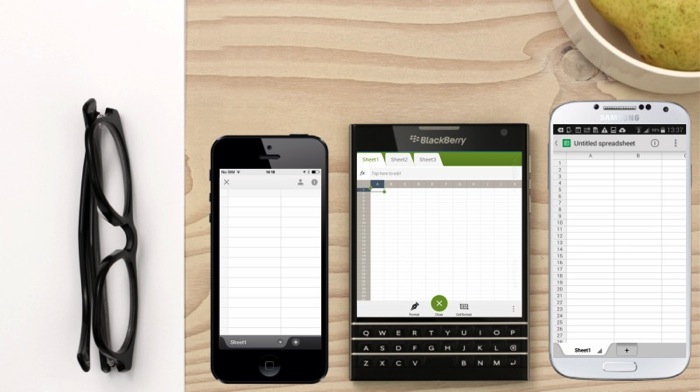 This is their explanation on why a square 4.5-inch screen has its advantages, in particular for professionals such as architects, mortgage brokers, healthcare professionals, financial traders, and writers:

Based on academic typology, the optimal number of characters on a line in a book is 66 characters (current rectangular smartphones show approx. 40 characters and BlackBerry will show 60 characters). BlackBerry Passport offers its size and aspect ratio to accommodate these characters, making it the ideal device for reading e-books, viewing documents and browsing the web. No more worrying about portrait or landscape modes, and no; you aren’t missing anything.

Consider how IMAX screens start with a more traditional 16:9 aspect ratio projection for conventional movie trailers and then expand to their true dimensions (and the audience goes, “ooh”). The Passport is like the IMAX of productivity, and you don’t have to sacrifice screen real estate, vertically or horizontally.

The IMAX of productivity in a smartphone, eh? Sold. Would you switch from your iPhone to the Passport?