Last fall, ahead of the launch of iPhone X (which many assumed would be called iPhone 8), colours of Apple’s latest smartphone were popping up on the web, in the form of dummy models. One alleged colour which stood out from white and black was the unique ‘blush gold’.

As we know today, Apple only released iPhone X in black and white, but now the latest rumour from leaker Ben Geskin on Twitter claims “D21A – “Blush Gold” iPhone in production.” 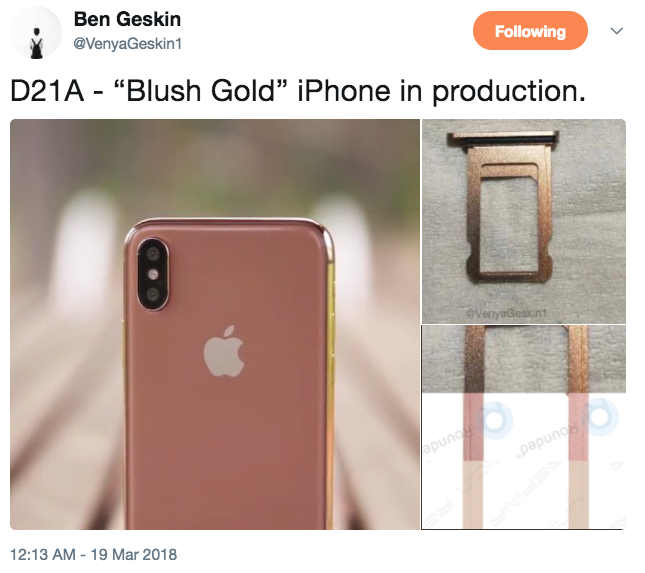 When Twitter replies questioned Geskin’s track record, he didn’t sound exactly confident, only to say “Not false. Apple just saved it for later. Color is real,” as well as saying “Will see. Stuff can be cancelled I guess.”

During last year around this time, Apple unveiled a (PRODUCT)RED iPhone 7 and iPhone 7 Plus—could we see a similar announcement for a new iPhone colour this spring?

Would you like to see a ‘blush gold’ iPhone X colour option?