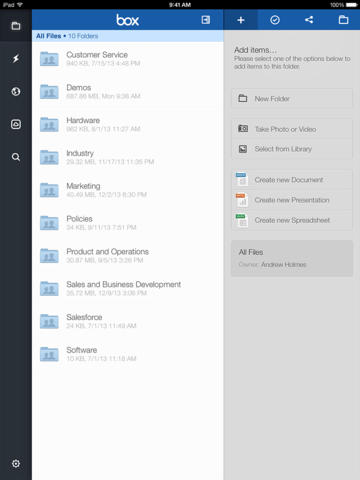 Box has finally redesigned its iOS app to compete with Dropbox’s revamped app. The update brings an all new iOS 7 ready user interface, that brings simplicity and speed to users. The app is now able to preview over 100 different file types accurately.

Here is a short video showing how the new app looks:

The app takes advantage of the performance increases by adding real-time searching, a comments side bar, and the option to copy, move, or delete multiple files at once. The company is also offering 50GB of storage free for life for anyone who downloads the new app within the first 30 days. Here is a complete list of the new features found in the latest update:

– Real-time search (for files and within files)

– AirPrint, Bookmarks, and savings videos from Box to your library coming in future releases

Box is available as a free download from the App Store.