British Airways to Issue iPhone XRs to All of its 15,000 Cabin Crew

British Airways announced in a press release that all of its 15,000 cabin crew will be receiving iPhone XRs to help them deliver a more personalised service to the more than 45 million customers that travel with the airline every year. 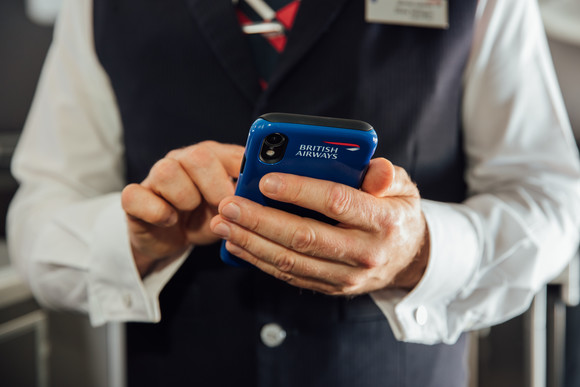 The iPhone XRs, which are a part of the airline’s £6.5 billion investment in technology and training to improve its customer experience over the next five years, will be loaded with a selection of apps to help crew offer customers instant additional assistance during their journey.

Using the iPhones, cabin crew will be able to access a range of customer information, including previous flights and meal preferences. Bradley Smith, 27, one of the first cabin crew to receive a brand-new iPhone XRs, says the phones are enabling a step-change in customer service:

“Recently, when a customer realised that he had forgotten to order a special meal, he was really impressed when I quickly took out the phone, logged onto ba.com and ordered a meal for his return journey – all within a matter of minutes in the middle of the flight.

“It felt so rewarding to be able to immediately resolve the situation for the customer. All my crew reference guides are also loaded onto the phone, so everything I need is in my pocket throughout each flight; it really has made a huge difference already.”

Earlier this year, British Airways launched a new ‘Help Me’ section on its website to help customers make changes to their bookings and find out more about their consumer rights if their journey doesn’t go to plan.