Former Apple executive and a longtime theater lover Scott Forstall is one of the producers of “Fun Home,” the critically acclaimed Broadway musical that received 12 Tony nominations last month. Forstall revealed in a recent interview with The Wall Street Journal that he found himself “connecting to the themes” of the musical when he read the script last year. It’s about a real family with real love and real tragedy. The family is so different than mine, but it still resonated,” he said. 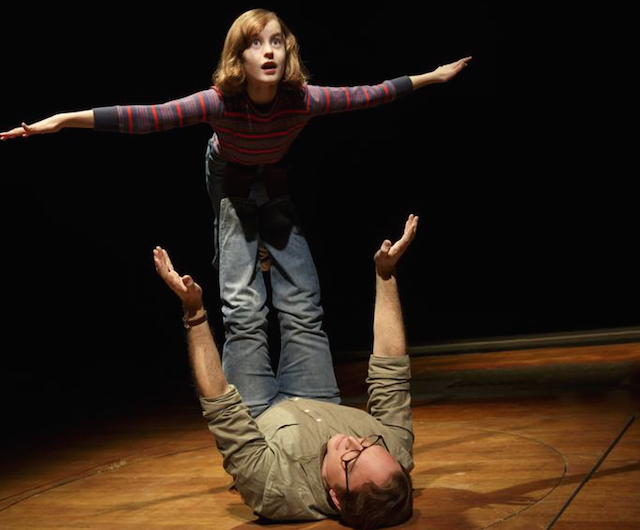 Forstall, who oversaw design of the iPhone and iPad software before leaving Apple in 2012, made the announcement to his 56,000 followers on Twitter last month, “I’m thrilled to be co-producing the Broadway musical Fun Home…opening this Sunday. Bravo to the phenomenal team!”. He told the WSJ that he has spent the past few years working on philanthropic projects around the world and as an adviser to tech startups.

During his interview, Forstall also revealed that he became a producer of “Fun Home” via a strange connection: Lars Ulrich, the drummer for the heavy-metal band Metallica.

He was at Mr. Ulrich’s 50th birthday party in 2013 when he met Carole Shorenstein Hays, daughter of billionaire real-estate developer Walter Shorenstein and a seasoned Broadway producer. Ms. Hays’s production credits include current shows “The Audience” and “Wolf Hall” as well as more than two-dozen past shows, including “Fences” with Denzel Washington and “Doubt” by John Patrick Shanley.

“All the usual suspects were there: writers, artists, rockers and a swath of tech people,” said Ms. Hays of the party. Soon she and Mr. Forstall were talking about their shared love of theater and “the intersection of arts and technology,” she said. By the end of the night, said Mr. Forstall, he knew he wanted to work with her.

You can read more about former Apple guru’s latest venture at this link.

We’re rounding the corner into another month and Bell Media today has shared its list of what’s new on the Crave streaming service for February 2023. February is Black History Month and Crave has highlights featuring Black creators, talent, and cultural figures with various curated special collections. One upcoming title is the TSN and Crave Original […]
iPhoneinCanada.ca
34 mins ago