The Apple Store iOS app was updated today with a refreshed design and personalized recommendations for accessories. Also updated was the app freebie found within this app, and until September 1, 2016, it’s the $6.99 CAD app, Brushstroke.

Brushstroke turns any picture into a beautiful painting and even lets you sign your artwork. 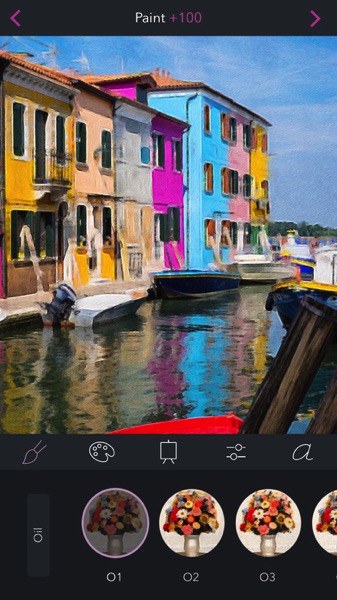 The app also allows you to have your masterpiece printed on a canvas and shipped to your door, via their partnership with CanvasPop.

To get this freebie, first download the Apple Store iOS app, launch it, tap the ‘Discover’ tab along the bottom then scroll down until you see the ad for Brushstroke as the freebie.

Once you tap that, you’ll be taken to the page below, where you can redeem a promo code to get this app for free: 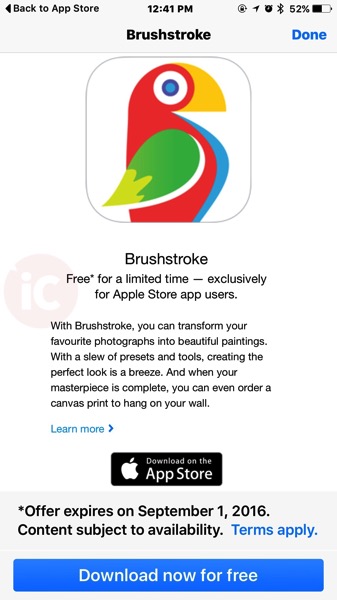 Again, Brushstroke is free within the Apple Store retail iOS app (where you can buy products), NOT the App Store where you download apps. Enjoy!