You Can Now Buy Apple’s New Powerbeats Earphones for $199.95 in Canada 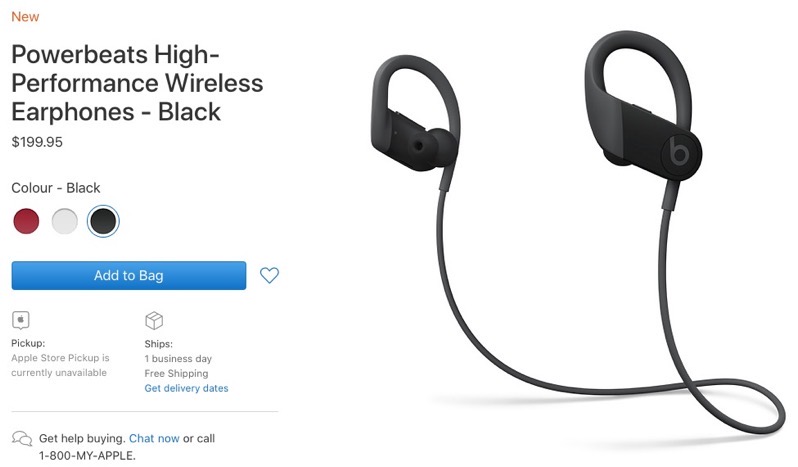 You can now purchase Apple’s new Powerbeats earphones in Canada, announced earlier this week. iPhone in Canada told you five days ago these new headphones were coming soon.

At the time, we only had U.S. pricing at $149 USD, but now Apple Canada’s website is listing Powerbeats earphones at $199.95 CAD, which is a $50 CAD price drop compared to the previous generation Powerbeats3. We didn’t think this price drop was going to happen in Canada, but hey, miracles do happen.

New Powerbeats 4 are powered by Apple’s H1 chip, found within AirPods 2, while offering up to 15 hours of battery life, a 25% increase (up from 12 hours) compared to Powerbeats 3. These earphones also have always-on “Hey Siri” and are sweat and water resistant.

“A speech-detecting accelerometer and dual-beam forming microphones target your voice and filter out external noise. They instantly set up — simply power on and hold near your iPhone — and then automatically connect to your Apple Watch, iPad or Mac,” explains Apple’s website.