A new report by The Washington Post has highlighted how youngsters are outsmarting Apple’s army of engineers by exploiting bugs and workarounds to get around the company’s Screen Time feature, a built-in tool in iOS that gives parents control of their kids’ iPhones and iPads. 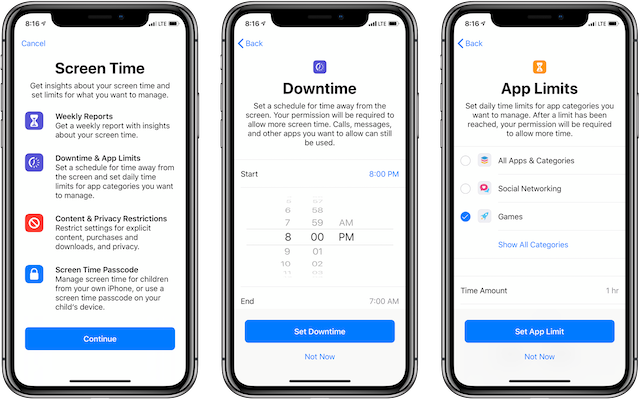 Apple introduced Screen Time last year in response to pressure to address iPhone and iPad overuse by kids but has been slow fix the loopholes in its software. According to the publication, this is causing some parents to raise questions about Apple’s commitment to safeguarding kids from harmful content and smartphone addiction.

Usually, when Screen Time blocks an app from working, it becomes grayed out to prevents clicking on it. However, kids are sharing tips and tricks all over social media to bypass this limitation. Apparently, they are able to exploit some security flaws in Apple’s OS and disable Screen Time by downloading third-party software.

“These are not rocket science, backdoor, dark web sort of hacks,” says Chris McKenna, founder of the Internet safety group Protect Young Eyes. “It blows me away that Apple hasn’t thought through the fact that a persistent middle school boy or girl can bang around and find them.”

Meanwhile, Apple spokeswoman Michele Wyman has said in an emailed statement that the company is “committed to providing our users with powerful tools to manage their iOS devices and are always working to make them even better.”