Popular meditation app Calm is narrated by native Torontonian Tamara Levitt, the company’s head of content, who has been studying various mindfulness practices for more than 25 years. 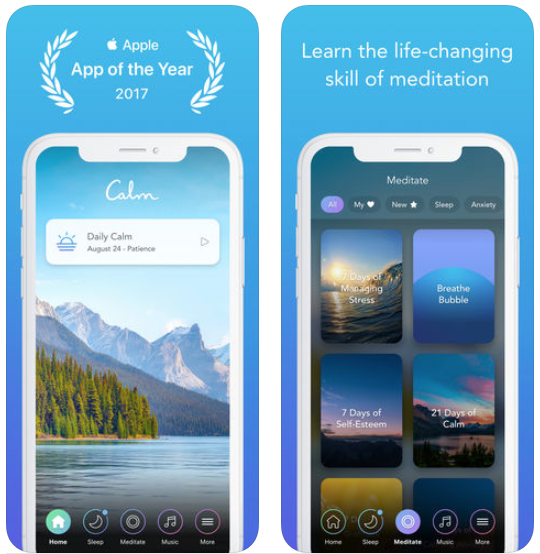 Levitt has been Calm’s “head of mindfulness content” since November 2014, and also holds an equity position in the company, reads a new report from The Globe and Mail. She records her sessions for Calm at her Toronto studio on Queen Street West.

In 2014, Levitt reached out to Calm’s co-founders, Alex Tew (who made his first US $1-million as a 21-year-old student with a fundraising site called Million Dollar Home Page) and Michael Acton Smith (creator of online children’s game Moshi Monsters). “I felt I needed a change,” Ms. Levitt recalls. “I wanted stability and to be working with other people on something that I felt passionate about.”

After reviewing her products and ideas, Calm’s founder immediately brought her on board. “It was immediately clear she was the perfect person,” Tew says. “She is incredibly talented, not just as a teacher of mindfulness, but also as a writer, entrepreneur and all-round amazing human being. She has been absolutely essential to the success and growth of Calm.”

Calm’s core product is The Daily Calm, a 10-minute guided meditation on the app led by Levitt, who has been studying various mindfulness practices for more than 25 years. Each day’s meditation emphasizes a different aspect of mindfulness. After much debate, Acton-Smith, Tew, and Levitt agreed the meditations should only be available for that day and then disappear.

Since launching in 2013, Calm has seen a meteoric rise in both user growth and revenue. In its first year, the app netted about $100,000 USD. By 2015, revenue ballooned to $2 million USD, largely thanks to the hiring of Levitt.

In the wake of the 2016 election, political turmoil and unrest lifted this figure to $7 million USD, and an unexpected crowning as Apple’s 2017 App of the Year has since placed estimated revenue at around $37 million. Insight Venture Partners gives the company a valuation of $250 million USD.