Canada: How to Watch Free Live Streaming of the Academy Awards from iPhone or iPad

For the first time ever, Canadians will be able to watch the online live stream of the Academy Awards for free. CTV has agreed to unlock the live stream on its CTV GO mobile app for one day only.

On Sunday, March 2 CTV will offer 10 hours of Oscar coverage, including ABC’s feed of the award ceremonies, which will be hosted by Ellen DeGeneres. The news comes as the company looks to showcase its online services to Canadian users.

Senior VP of programming at CTV Mike Cosentino said the company will unlock its app to allow Canadian users to stream the Academy awards without having to worry about eligibility. The news follows the lead of Fox Sports, which recently live streamed the Super Bowl, back in February. 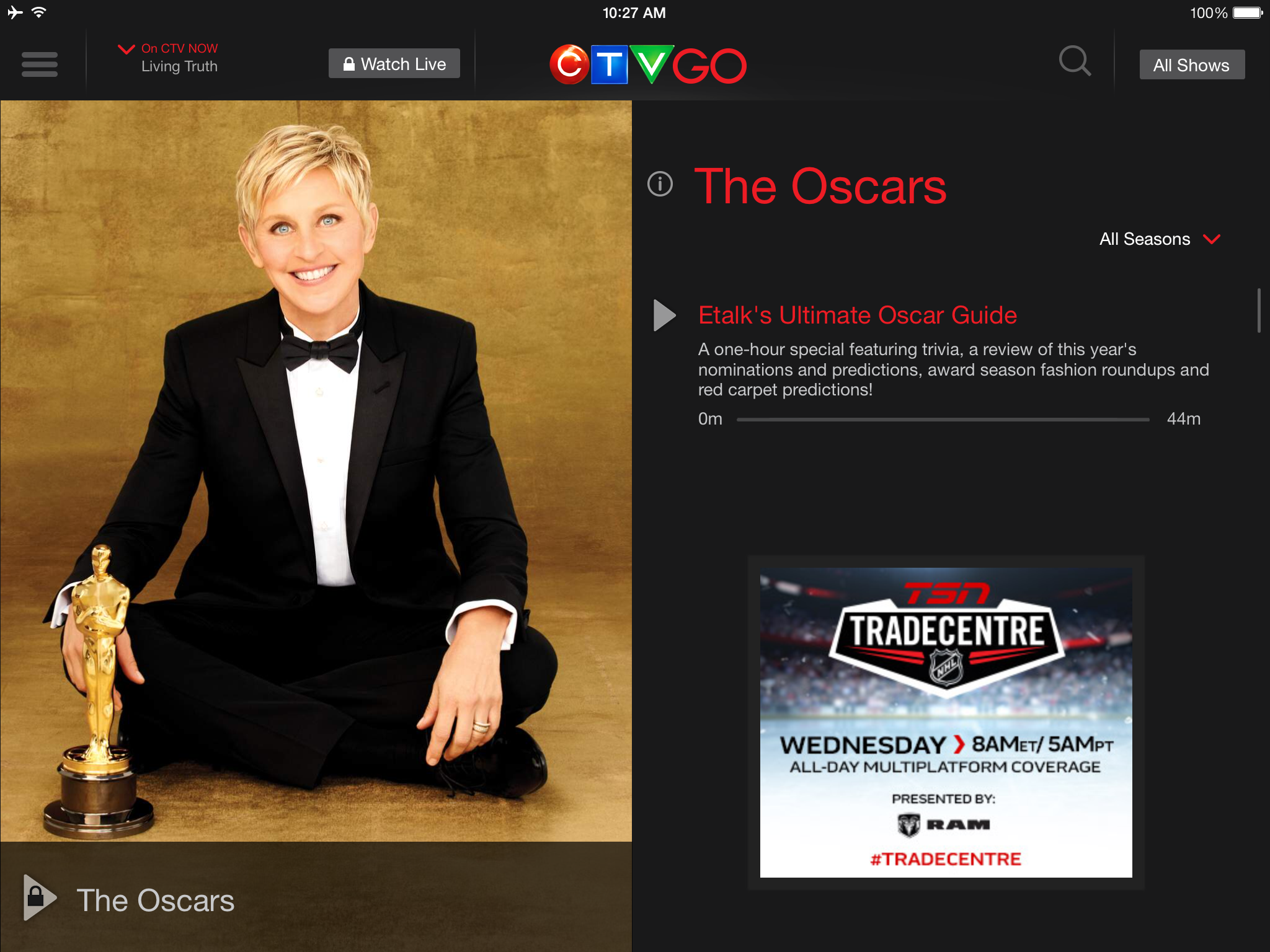 In November 2013, CTV launched its cable authentication service which only made it possible for Bell Canada users to access CTV content through the GTV GO app. Cosentino said:

“It’s an eco-system play, with us as a broadcaster reaching out to consumers and saying, ‘Your relationship with your BDU is important to us, and we recognize your appetite to take TV everywhere.’ “

As last minute preparations are being made, Cosentino said that the move to unlock the content for the Oscars is to try and “increase our base of viewership via CTV GO.”

The Oscars live stream begins Sunday, March 2 at 8:30pm EST at CTV.ca and on the CTV GO app for iOS.

[via The Hollywood Reporter]