Canada Lacks Apple News App in iOS 10, Gets Widget Instead

When Apple launched iOS 9, they debuted their own curated news app, made available to customers in the USA. Canadians could easily acquire the app by changing some regional settings, but the hope was we’d see the native app appear in iOS 10.

The public release of iOS 10 came earlier this week and to nobody’s surprise, the News app is still missing, sadly. But wait! There’s still sign of the News app for Canadians in iOS 10, as we all get access to a new widget, seen below: 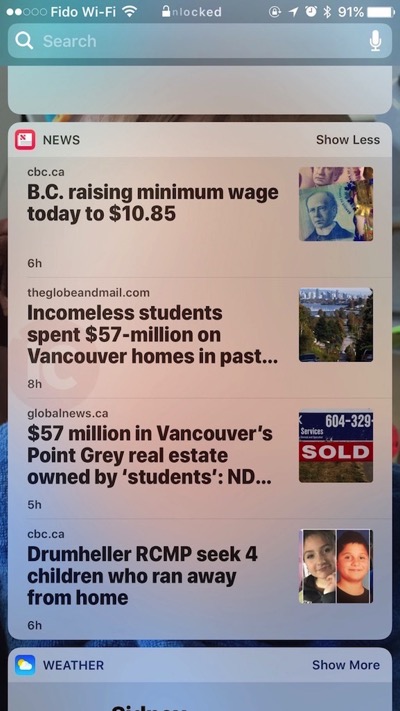 The News widget won’t launch a native news app, but links to trending stories—and so far it’s pretty good at curating popular headlines from Canadian publications such as CBC News, The Globe and Mail, Global News and National Post, to name a few.

How to enable this News widget if you’re not seeing it? Go to the Widgets view, scroll to the bottom and tap “Edit”, then add the News widget.

If you’re looking for Apple News in iOS 10 in Canada, it’s not here yet, so you’ll have to keep on waiting.