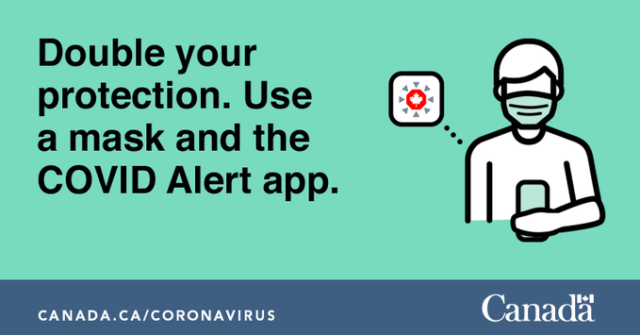 Health Canada later responded to the comment and told iPhone in Canada the COVID Alert was still being supported with data being updated once a month on its website.

“I certainly don’t think it’s a negative to have the infrastructure there,” said Manitoba’s health minister, MLA for Southdale during a virtual media conference. “It’s built and we can ramp up the use of that very quickly. I think it’s a good tool.” Gordon said she still has COVID Alert on her smartphone.

“The federal government gave up on COVID Alert app some time ago, several months before Christmas in actual fact,” said Haggie earlier this week.

But according to Newfoundland and Labrador’s Department of Health and Community Services on Thursday, the minister did not have the most up-to-date data when he said those comments, it told the WFP, adding COVID Alert “remains active”.

Liberal MP Kevin Lamoureux for Winnipeg North, spoke alongside Gordon at the press conference and admitted the use of the COVID Alert app “wasn’t high enough.”

Canada’s COVID Alert app is based on Google and Apple’s exposure notification framework, which leverages Bluetooth on devices for anonymous “handshakes” in the background. An exposure counts when someone is within 2 metres of an infected person for more than 15 minutes. The app does not use GPS info or collect any user data. It has been vetted as safe by Canada’s privacy commissioner and provincial counterparts.

Alberta, British Columbia, Nunavut and Yukon currently do not support COVID Alert, which has resulted in low use of the app. The app also is only available on iOS and Android and some older phones cannot support the app.

COVID Alert cost $3.5 million to develop and maintain, while $15.9 million was spent on marketing and advertising the app by the federal government, based on July data. Only 869 people reported positive exposures in the COVID Alert app in November 2021.