Who came up with the idea to use FaceTime for a video?

The idea was mine. Ever since I had an iPhone 4 I knew I wanted to explore some FaceTime filming was just a matter of finding the right band and the right concept to make it work. Ultimately, The Blue Stones are friends of mine, their new EP is amazing music, and with just two of them it wasn’t as daunting as you need two iPhones to film each band member… so four of them on set was enough!

Why electric tape along the bottom?

It’s to cover up the SENDING preview window on FaceTime. It was distracting to see a box at the bottom that wasn’t the focus of the video.

Any advice for aspiring bands looking to do the same?

Anyone with a camera and a computer can do what Hollywood can do… and more importantly catch people’s attention. It’s my belief that music videos are more important for a band to market themselves than ever before with all this social networking part of our daily lives.

The Blue Stones: Our first advice to aspiring bands is to play as many live shows as you can. Most bars will let you play if you ask, but our advice is to be an opening act for already-established local groups. Once you’ve got some solid material down, go into a studio and record it–every city has several recording studios, just use Google to find them. The biggest piece of advice we can give, though, is to NETWORK. Meet other local artists, get involved in your local film scene, meet local and indie film directors, go to the local university/college and meet people in the Communications, Drama, Music, Film and Media departments. It’s all about promoting yourself.

Canadian rockers, The Blue Stones, from Windsor have recorded a music video that features two iPhone 4s using FaceTime. Check out the video below, it’s awesome:

The electric tape along the bottom of the iPhones are there to cover up the preview window from the other camera. A very creative video and some slick tunes to boot.

Thanks to Tarek and Justin from The Blue Stones for reaching out! 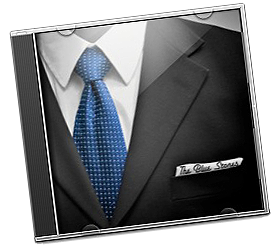