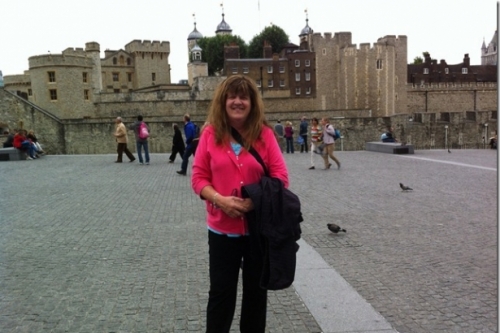 A British Columbia woman recently experienced the trip of her life while visiting England. With every joyful trip, photographs were taken, but on this specific trip they weren’t brought home.

Linda Sieben vacationed in Great Britain for nearly four weeks over this past summer. The vacation was one she dreamed of since her childhood. But when she was preparing for her flight back to Canada, she had discovered that she was missing one item, her iPhone. Missing an iPhone by itself was a reason to panic, but this device in particular contained all the photographs from the month long trip. With over 2,000 memories stored on the iPhone’s internal drive, Sieben had flown back to Canada without the device.

At the time, Sieben lost hope and was preparing to say “oh well it’s gone.” Her daughter, Shawna, wasn’t quite ready to give up. She kept an eye on her mother’s iCloud account and began noticing photographs and personal information being uploaded. That’s when the Lancashire, England police were contacted to help retrieve the phone. (via Vancouver Observer)

“Armed with a photo and a name they knocked on doors in the area looking for the person who they suspected had the stolen cell phone.

Courtesy of the Lanchasire police, the iPhone is traveling back to Pit Meadows, Canada, where Sieben lives.

“Thankfully we got a police officer on the other end who was determined that I wouldn’t have a bad experience and said that he wanted to make sure that I had a good trip and knew that generally, people in Great Britain are really nice”.

That’s why signing into iCloud on your iOS device is very important. If your device is ever stolen, there is a chance it could be retrieved even without the help of find my iPhone.