Apple has reclaimed the top spot in the global smartphone market after three quarters thanks to demand for the iPhone 13.

According to a report by Canalys, Apple finally managed to beat Samsung for the top spot in the smartphone shipments competition, thanks to strong demand for the iPhone 13 series.

According to numbers, 22 percent of all smartphones shipped during the holiday quarter had an Apple logo on the back while 20 percent sported the Samsung name. Xiaomi sat in the third spot with 12 percent of the market. 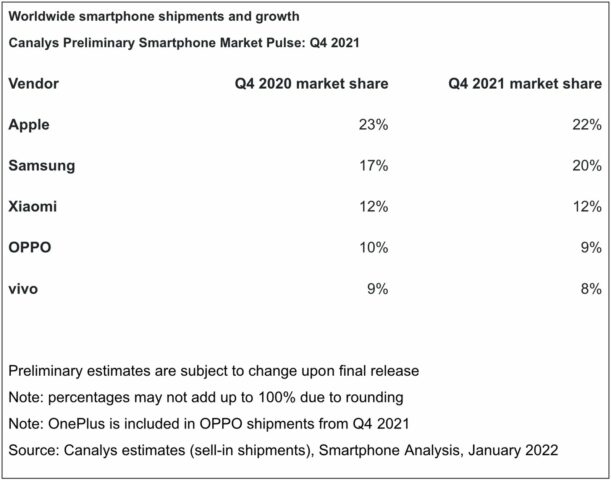 While Apple is beginning to get a grip on iPhone 13 demand, the same report suggests that it could have outsold Samsung by a wider margin if it had been able to produce more handsets. Apple had to reduce the production of iPhone 13-series devices following component shortages.

The company’s supply chain was also affected due to the pandemic leading to production cuts (and increased waiting times in some markets) but appears to be recovering, according to the report.