The B.C. NDP government recently tabled ridesharing legislation, one small step to bring services like Lyft and Uber to the province. But don’t get too excited yet, as the slow-moving government says a potential launch isn’t coming until late the fall of 2019, about another year’s wait (again).

As for the Vancouver Canucks? They’re not waiting, as they have announced Lyft as their official ridesharing partner. The Lyft logo was prominently displayed on the ice by the goal line at Rogers Arena in Vancouver last night versus the Los Angeles Kings. 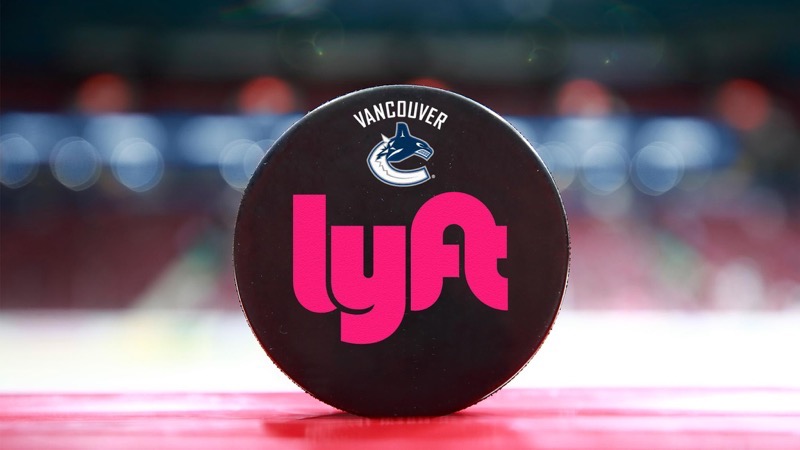 “With a commitment to connecting our communities, the Vancouver Canucks and Lyft share similar values and can now work together to make an active difference through a better fan experience and local partnerships,” said Trent Carroll, Chief Operating Officer, Canucks Sports & Entertainment, in a press release.”We’re excited to welcome Lyft to Rogers Arena.”

It’s no surprise a Canucks ridesharing partnership has materialized. Franchise owner Francesco Aquilini has long advocated for ridesharing from his Twitter account, citing how Vancouver is the only NHL city without ridehailing:

Please RT if you agree.

Premier @jjhorgan on ride-hailing: “You can’t just say let’s do it tomorrow. You have to make sure the regulation is in place.”
We've had 18 months of tomorrows since the election.
https://t.co/g16Zbc12XV

“We are so proud to partner with the Canucks and Rogers Arena – two iconic institutions that contribute to the economy and spirit of Vancouver,” said Aaron Zifkin, Managing Director for Canada at Lyft, in a press release. “In every one of our markets, we look for local partners who are making a positive impact in their communities. Our partnership with the Canucks and Rogers Arena will enable us to work more closely with the Canucks for Kids Fund, and ultimately, help improve the fan experience and create a more connected Vancouver.”

If only I could get a Lyft home from the Canucks game. #ridesharingVancouver pic.twitter.com/EDa3dJ56q0

While the Canucks-Lyft partnership exists, good luck getting a ride home from the game from any ridesharing company (unless you’re using an illegally operated ridesharing app like these ones in Richmond #wildwildwest) until late 2019 or even early 2020 at best.