James Corden’s highly successful “Carpool Karaoke” segment from The Late Late Show has been turned into a TV show, set to be released by Apple Music. However, according to a new report from Reuters, the company has delayed the release timeframe and will instead launch the series “later this year.” 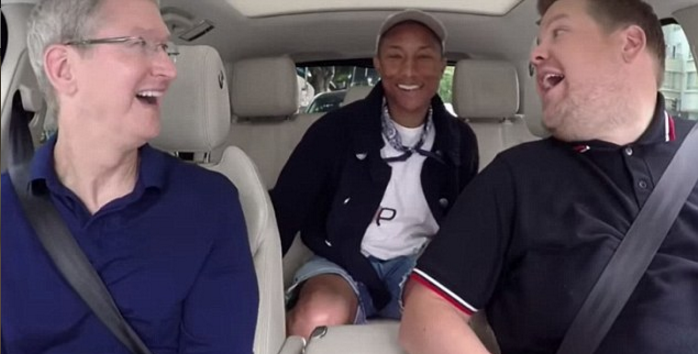 According to the report, Apple has delayed the launch of its Carpool Karaoke series, which has originally been slated to debut this month. Not only that, but the launch party has already been delayed twice.

“A premiere party for ‘Carpool Karaoke’ scheduled for March in Los Angeles was postponed without explanation days before it was to take place,” reads the report. “This week, the company again postponed its launch party, which had been rescheduled for Monday.”

“Carpool Karaoke: The Series,” follows a completely different format when compared to the segment in The Late Late Show with James Corden. Each episode from Apple’s spinoff will feature a brand new host, and will be 30 minutes long. So rather than jumping straight into the music bit only, interviews will be carried out throughout each episode, giving us an insight of the artist itself.

The official synopses released by Apple reads: “16 celebrity pairings riding along in a car together as they sing tunes from their personal playlists and surprise fans who don’t expect to see big stars belting out tunes one lane over.”

Numerous stars have previously appeared on Corden’s The Late Late Show to sing along in his car, including Adele, Madonna, and Elton John. Already, the likes of Will Smith, John Legend, and Alicia Keys have been confirmed for Apple’s series.

“Carpool Karaoke” will be available for viewing exclusively on Apple Music, although now with its delay, “Planet of the Apps,” a “Shark Tank”-like unscripted show focusing on mobile apps, will likely be Apple Music’s first original series to premiere in the coming weeks.