Casio Says It Is Prepared To Compete With iWatch & Galaxy Gear

Kazuo Kashio, the CEO of Japanese watchmaker Casio, has said that his company is already prepared for the competition it will get from Apple’s iWatch and Samsung’s Galaxy Gear smartwatches. “We’ve known for a long time it’s prime real estate. We’re prepared,” he said in a recent interview with The New York Times (via ComputerWorld). 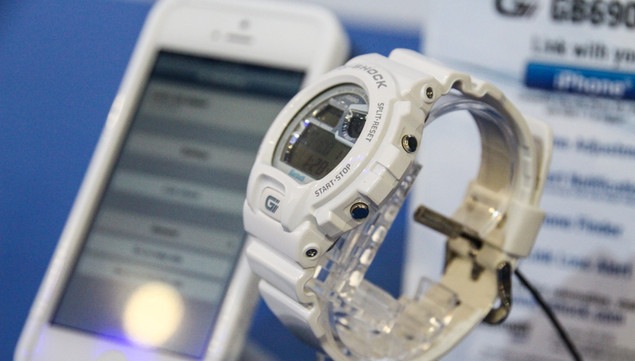 Casio currently manufactures a selection of smartwatches, including the iPhone syncing, Bluetooth compatible Casio G-Shock GB6900AA. Last month, Sony revamped its Smartwatch, which communicates with smartphones and lets users play games or check Facebook by tapping their wrists. Next up is Samsung, who is also expected to unveil its Galaxy Gear smartwatch alongside the Samsung Galaxy Note 3 smartphone at IFA 2013 later this week, which is believed to offer Android based call, email and messaging alerts. Similarly, Apple is looking to introduce an iWatch as early as next year, though details are pretty scarce.

The spike in interest in wearable computing devices is shaking up the digital watch industry, catapulting a sleepy business to the cutting edge of personal technology. In the process, established digital watchmakers like Casio are finding that they must contend with new competitors.

Japanese analyst Serkan Toto says that even though Casio has done a pretty good job in anticipating the smartwatch market, a better functioning and a better designed product from Samsung or Apple could surely mean trouble for the Japanese watch manufacturer.