James Corden’s highly successful “Carpool Karaoke” segment from The Late Late Show has been turned into a TV show. Apple launched the show on Apple Music this week with the Corden and Smith episode.

To celebrate the launch of the show, CBS Interactive launched new Carpool Karaoke Stickers for iMessage. The stickers are available to download on the iMessage App Store in the Messages app on iOS. 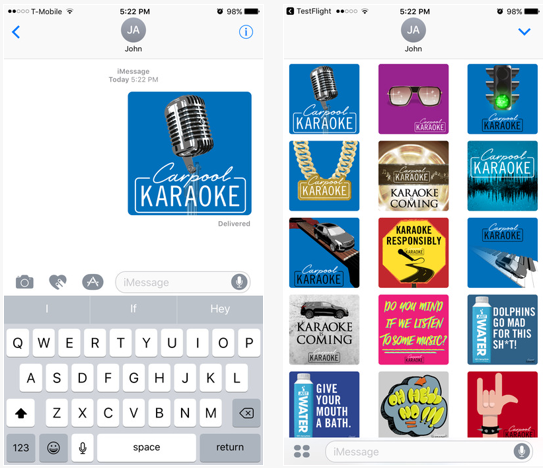 With Carpool Karaoke Stickers, you’ll get stickers featuring the guest stars, funny quotes, notable moments, and more. The iMessage app will be updated with new additions throughout the season. Users can watch full episodes of Carpool Karaoke only on Apple Music.

On Saturday evening there was a Twitter Spaces hosted by Mario Nawfal along with Kim Dotcom, which Elon Musk joined in from using Starlink on his private jet as it took off. The topic was to cover the Twitter Files shared by the social network recently, but Musk also talked about various issues, including advertising […]
Gary Ng
27 mins ago