The US Centers for Disease Control and Prevention (CDC) has issued a new document that covers “preferred criteria” for digital contact-tracing apps like the one launched by Apple and Google. 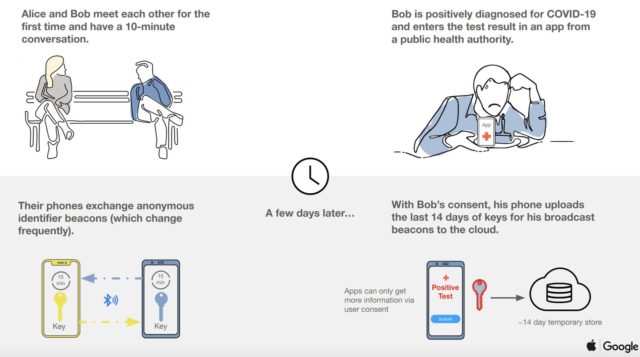 A new document published by the CDC outlines what it sees as the critical features for digital contact tracing apps, recommending a system for contact tracing that leaves the door open to the project backed by Apple and Google, according to a CNBC report.

The CDC paper outlines key features public health organizations must look for in a contact tracing or “exposure notification” platforms, with the recommendations closely following methodology implemented in Apple and Google’s technology.

“In the latest CDC publication, the group cites the ‘PACT protocol’ as an example of the recommended method for using ‘Bluetooth enabled proximity tracking’ while maintaining privacy,” reads the report. “As CNBC reported earlier this week, Apple and Google, in developing a contact tracing system, took several ideas from PACT, an open-source protocol developed under the leadership of the Massachusetts Institute of Technology.”

In addition to anonymous reporting and notifications, preferred tools can be configured for real-time synchronization of data with public health authorities, support data export when opt-in consent is received, provide automated reminders to exposed contacts and allow users the ability to delete or revoke consent at any time.

A key aspect of the Apple-Google solution is decentralization, with users able to store gathered contact information — anonymized Bluetooth identifiers — on their phones. Some countries, like the UK, France and Norway, are pushing for a centralized network that stores user information on a server maintained by government authorities.

Apple and Google opened their API to developers yesterday, and according to CNBC, the companies plan to show examples of apps using the technology next week.

“The companies will unveil sample apps using their system early next week, company representatives said and released beta software for developers on Wednesday,” the report explains. “Apple and Google have said they’re leaving it to public health authorities to decide what system to make and how to implement it.”